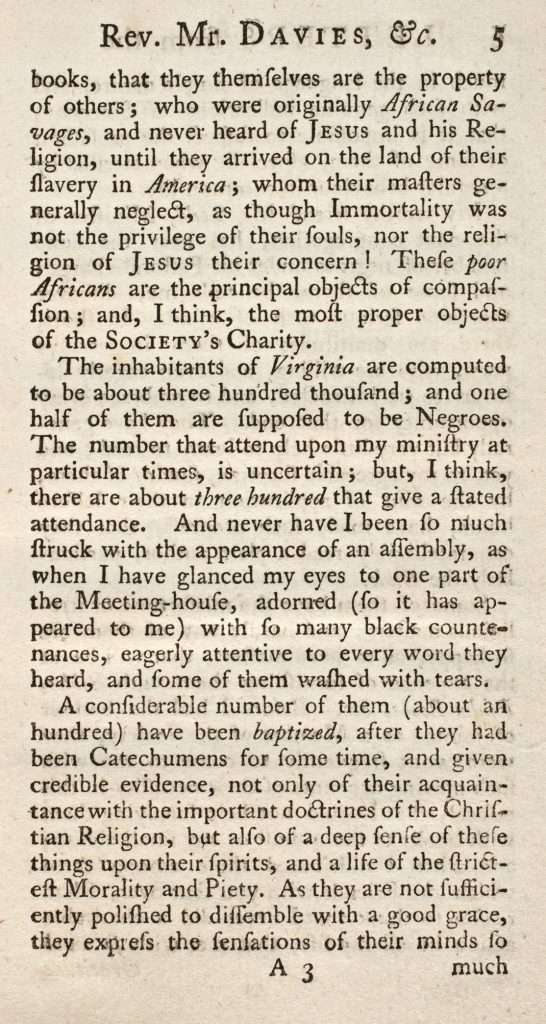 In a page from his forty-four-page pamphlet, Letters from the Rev. Samuel Davies, &c. Shewing The State of Religion (particularly among the Negroes) in Virginia, published in London in 1757, evangelical Presbyterian pastor Davies describes the "Negroes" belonging to his congregation in Hanover County. He estimated that there were roughly 300 blacks who "attend upon my ministry," and he was struck by their appearance during meetings, as they were "eagerly attentive to every word they heard, and some of them washed with tears."