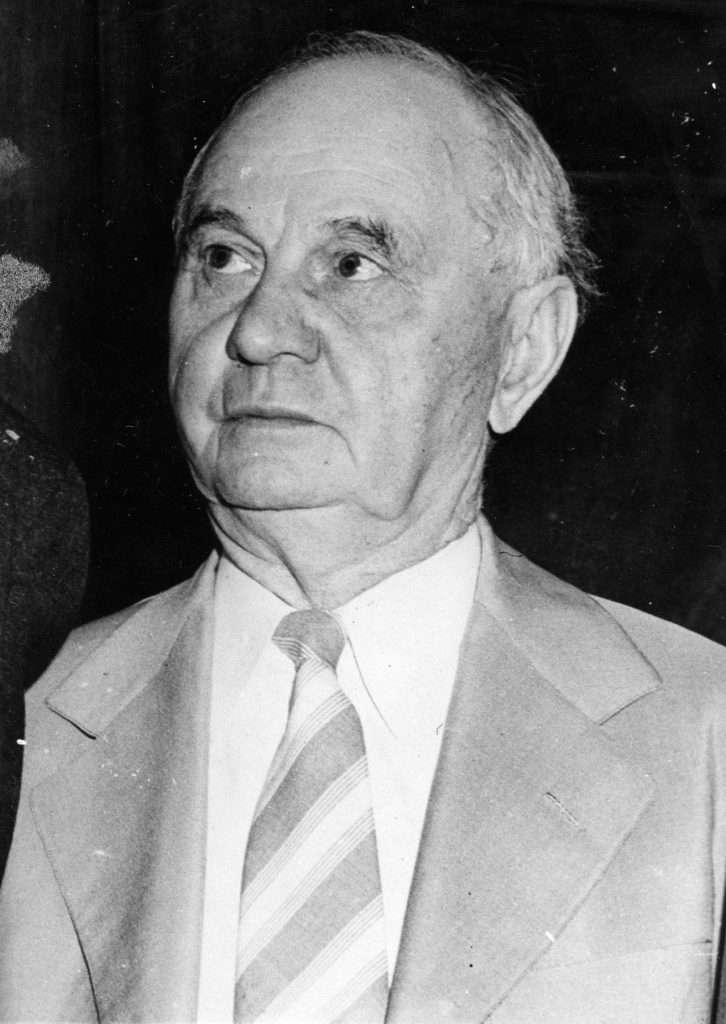 Thomas Granville Burch, longtime Democratic politician from Martinsville, Virginia, appears in a 1944 news photo. At the time Burch was serving his final term as a member of the U.S. House of Representatives, where he was a fixture from 1931 until 1946. A colleague of the conservative Democratic U.S. senator and political powerhouse Harry F. Byrd Sr., Burch was briefly considered by Byrd and his advisers as a gubernatorial candidate for the 1937 election; however, Burch's unorthodox plan that would have the state pay for teachers' salaries upset the Byrd Organization, and he was promptly removed him from the inner circle of Virginia politics.