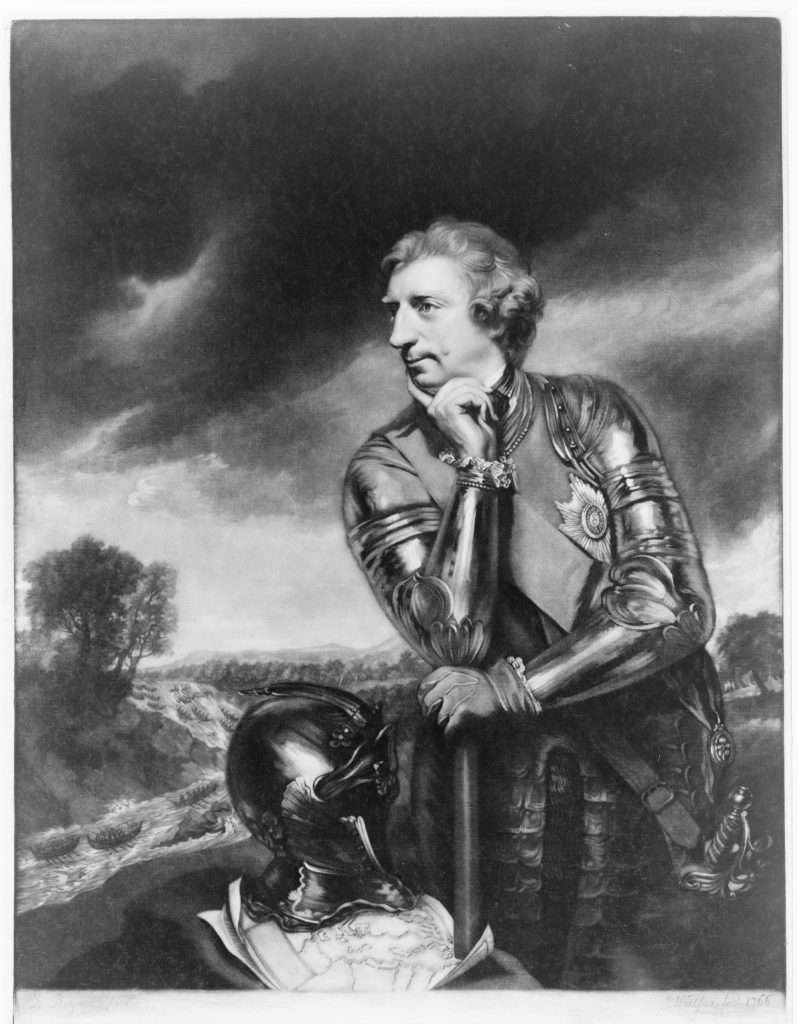 British army officer Jeffery Amherst, clad in armor with his helmet resting atop a campaign map, appears on a promontory overlooking the transport of troops on the river below. This mezzotint engraving was made in 1766 by James Watson; the image is based on an oil painting made the previous year by the portraitist Sir Joshua Reynolds.