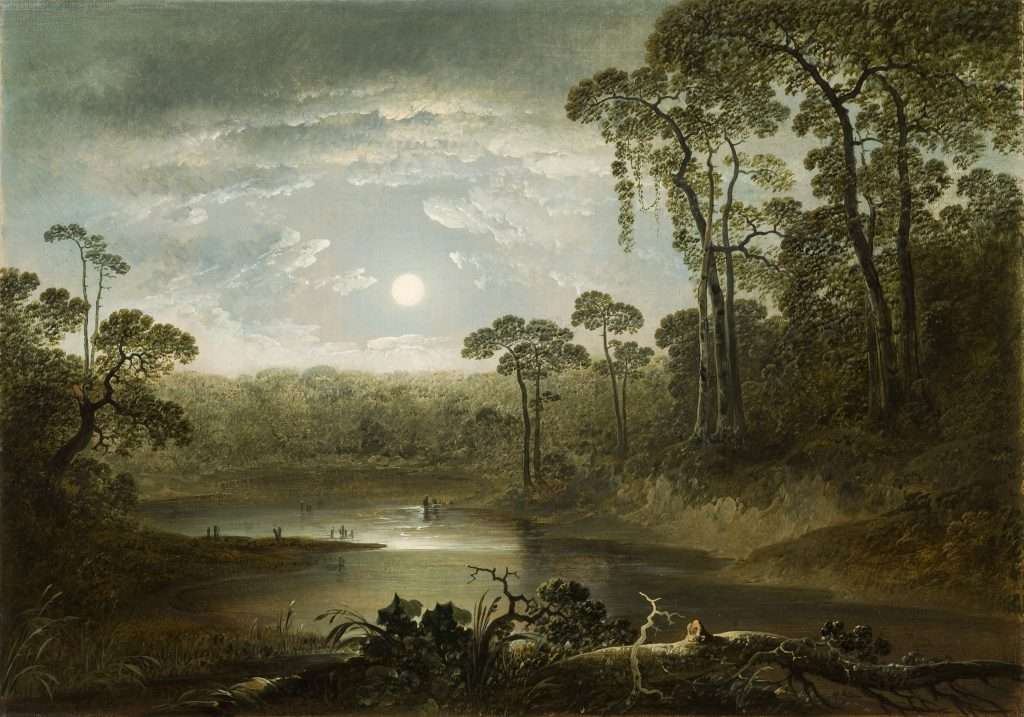 Witch Duck Creek, an early nineteenth-century oil painting by English-born artist Joshua Shaw, depicts a mysterious-looking body of water in Virginia Beach. The creek's name is a reference to the test that Grace Sherwood, a local woman accused of witchcraft, was forced to endure on July 10, 1706. County justices ordered her "to be tried in the water by ducking." The test involved binding Sherwood's hands and feet and throwing her into a body of water. It was believed she would sink if she were innocent, because the water—a pure element—had accepted her; if she were guilty she would float. Sherwood floated, was checked for physical marks that seemingly confirmed her status as a witch, and then convicted of the crime of witchcraft.