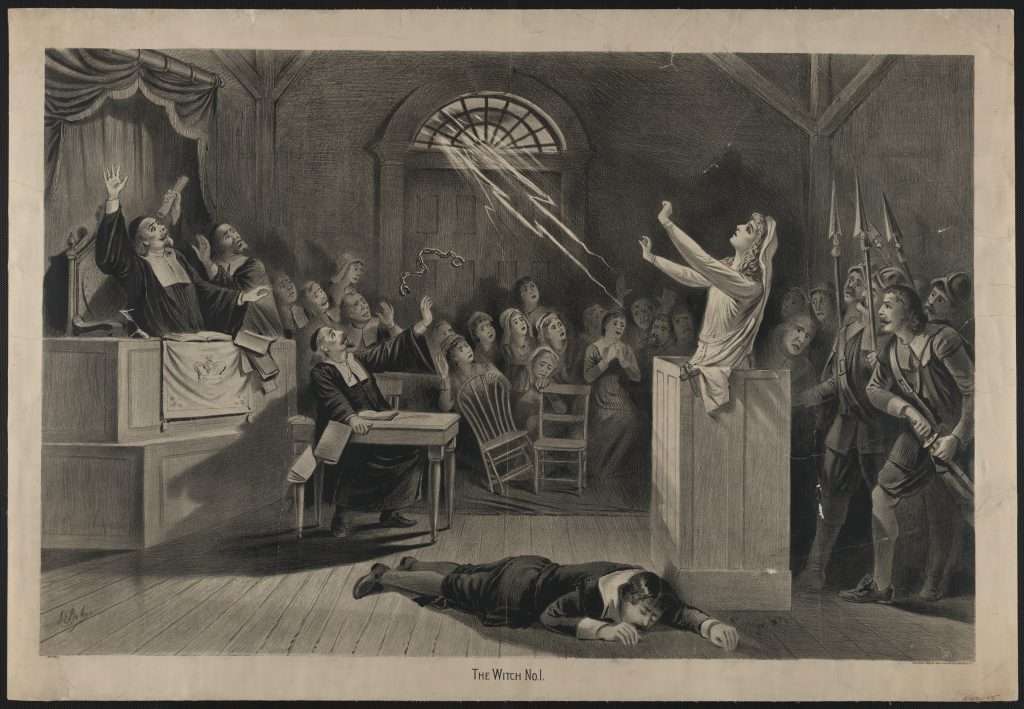 A bolt of lightning releases the handcuffs on a woman accused of being a witch and strikes down her inquisitor in this late nineteenth-century lithograph of a colonial-era trial. This scene by Boston-based artist Joseph E. Baker shows one of the witch trials in Salem, in the Massachusetts Bay Colony. Virginia also held witch trials in the seventeenth and early eighteenth centuries, though they were fewer in number and the sentences less severe than those in New England.