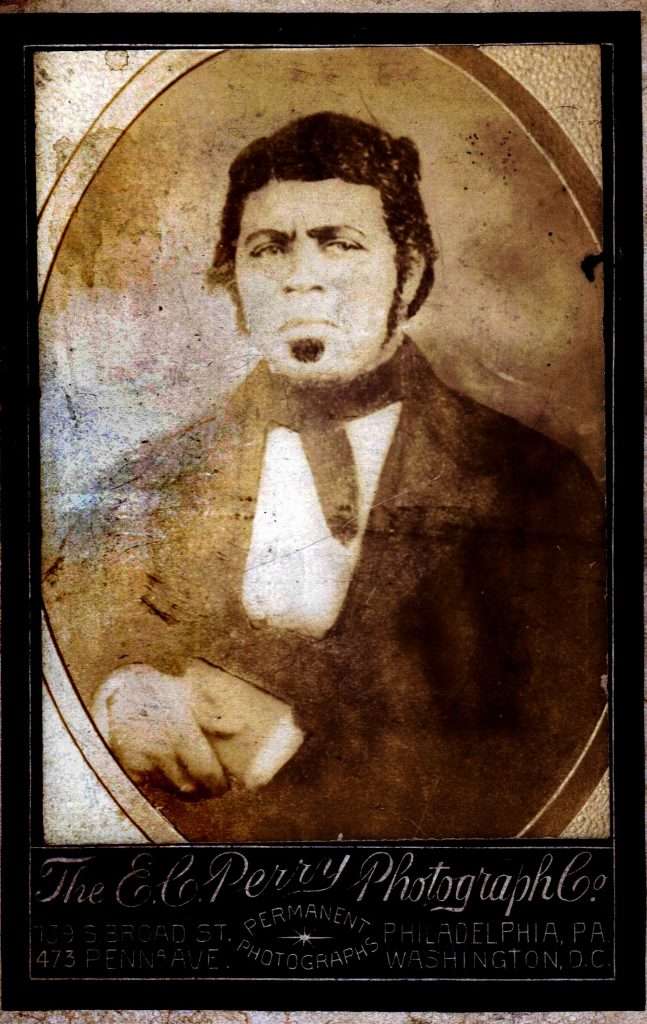 This is a photographic copy of a daguerreotype taken circa 1850 of Paul Jennings, a man who was born enslaved on James Madison's plantation, Montpelier, and served as an enslaved footman in the White House for Madison's two terms as president (1809–1817). Jennings is credited with helping rescue Gilbert Stuart's 1796 portrait of George Washington from the White House before British soldiers attacked Washington, D.C., during the War of 1812.

After the president's death, Jennings served as an enslaved butler and coachman for Madison's wife, Dolley. In 1845 Jennings was hired out to work in the White House for President James K. Polk. Though Dolley Madison had written into her will that Jennings should be freed upon her death, she reneged on that promise and sold Jennings in September 1846, for $200. Six month later, Senator Daniel Webster, of Massachusetts, purchased Jennings and eventually freed him.