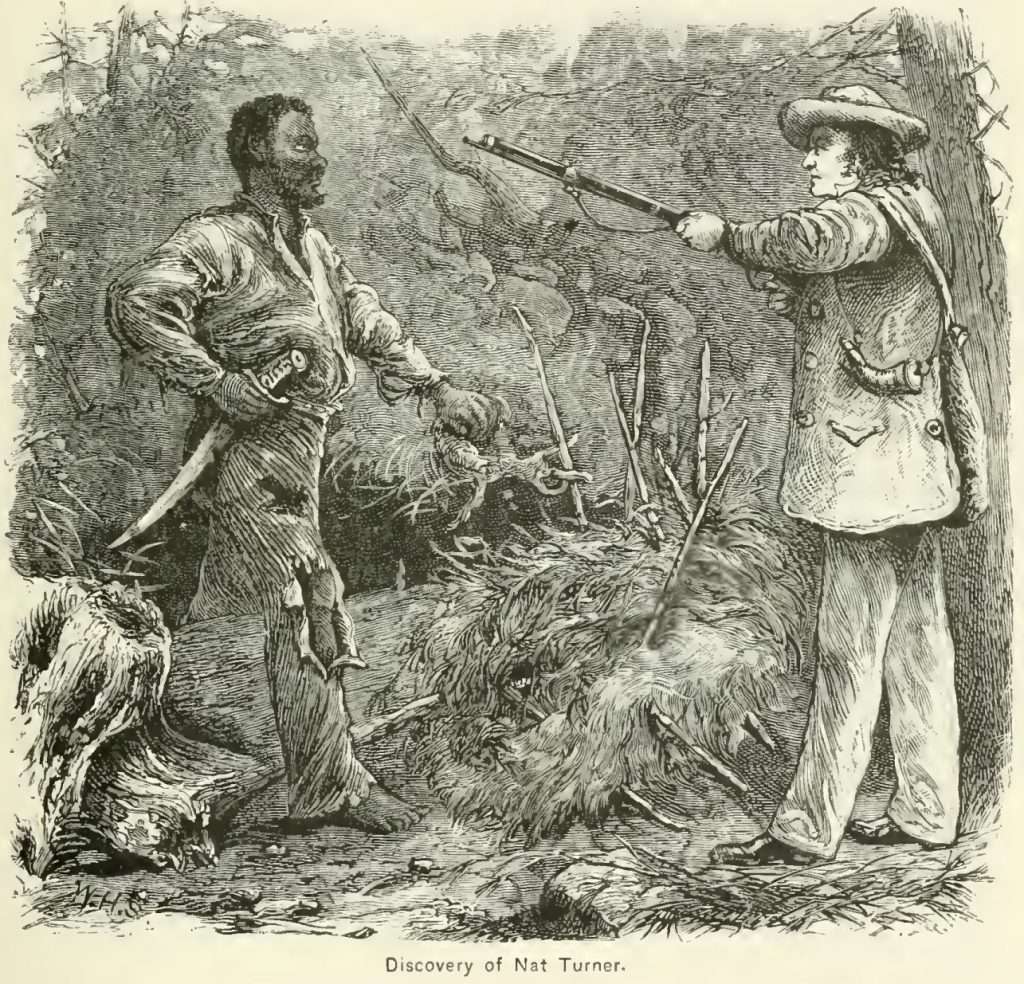 A barefoot Nat Turner, who led a revolt of enslaved people in 1831 in Southampton County, emerges from a makeshift cave and surrenders to a local farmer. Turner eluded capture for two months before he was discovered. This wood engraving was published in William Cullen Bryant and Sydney Howard Gay's A Popular History of the United States, From the First Discovery of the Western Hemisphere by the Northmen, to the End of the Civil War, Volume 4 (New York, 1881).