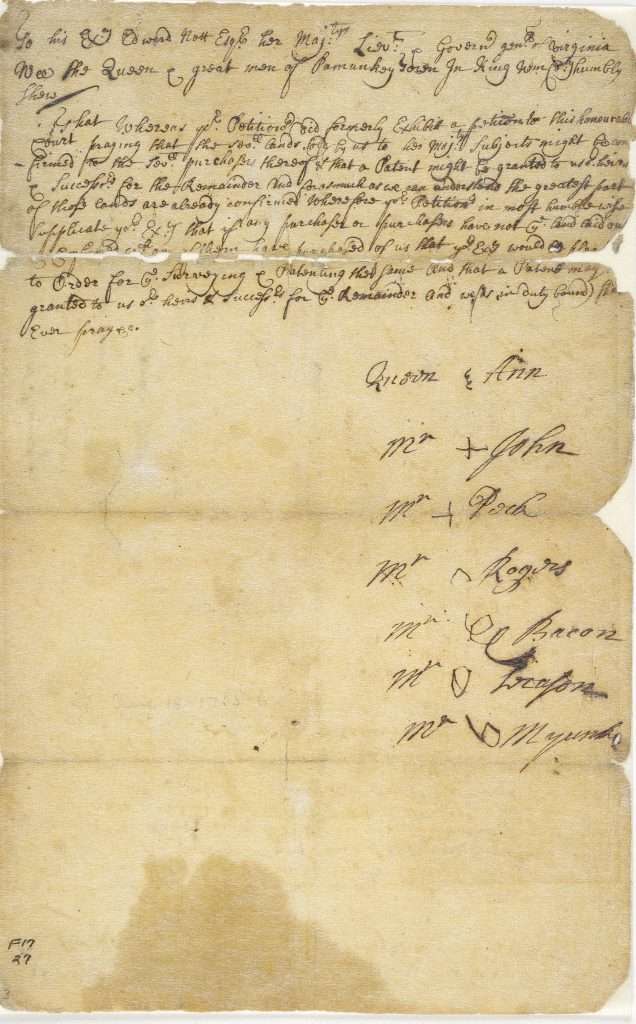 A petition from 1705 or 1706 addressed to Virginia colonial governor Edward Nott bears the marks of Ann (described here as "Queen" of the Pamunkey Indians) and six "great men of Pamunkey Town." This is one of three extant petitions that bear her name.

Despite provisions of the 1677 peace treaty between the English and the Pamunkeys that forbade English settlement within three miles of any Indian town, settlers gradually encroached on the native lands. In the petitions that Ann and the great men of the Pamunkey submitted to the government, she firmly requested that squatters on Indian land be removed, that ownership of tribal lands be confirmed, and that the annual tribute be reduced.