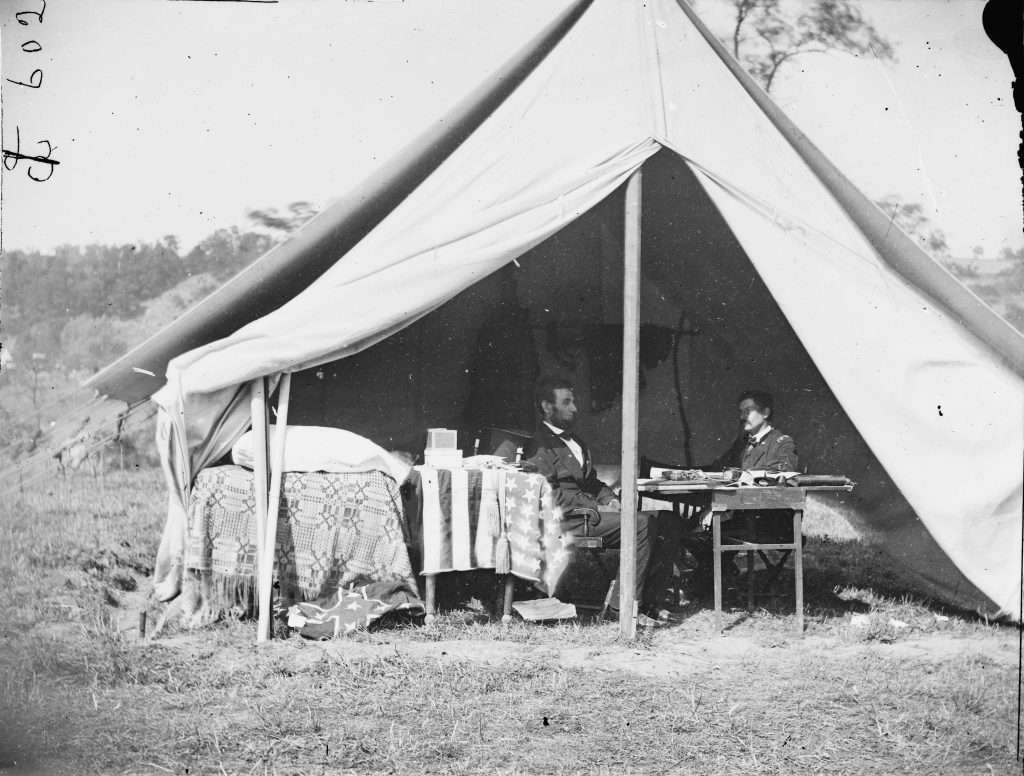 U.S. president Abraham Lincoln meets with Union general George B. McClellan at McClellan's headquarters near Sharpsburg, Maryland, on October 4, 1862. At the Battle of Antietam on September 17, McClellan and the Army of the Potomac had fought Robert E. Lee's Army of Northern Virginia, forcing the Confederates to retreat south to Virginia. Lincoln's visit, on the one hand, was a public gesture of congratulations. On the other hand, it provided the president an opportunity to confront his general face to face. Lincoln had long been displeased with the pace at which McClellan prosecuted the war. In particular, he wanted a more aggressive pursuit of Lee, and McClellan's mere presence in Maryland weeks after the battle seemed to confirm his worries. Although "Little Mac" was wildly popular with his men, Lincoln replaced him with Ambrose E. Burnside on November 5, just after the midterm elections.