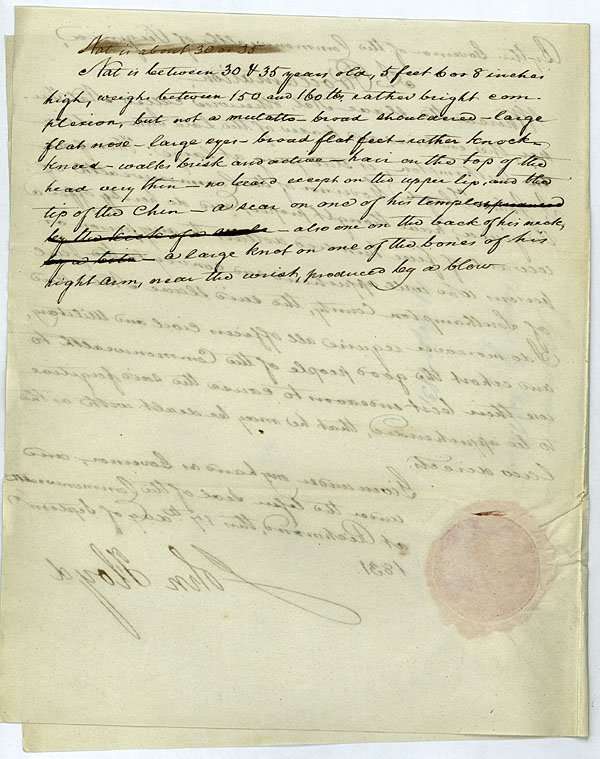 The reverse side of a September 17, 1831, proclamation issued by Governor John Floyd offers a description of Nat Turner, the leader of a slave revolt who was then still at large. Between 30 and 35 years old and roughly 5 feet 7 inches tall, Turner was "rather knock kneed" and bore scars on one side of his head, on the back of his neck, and had "a large knot on one of the bones of his right arm, near the wrist, produced by a blow." In his proclamation the governor offered a $500 reward for Turner's capture.