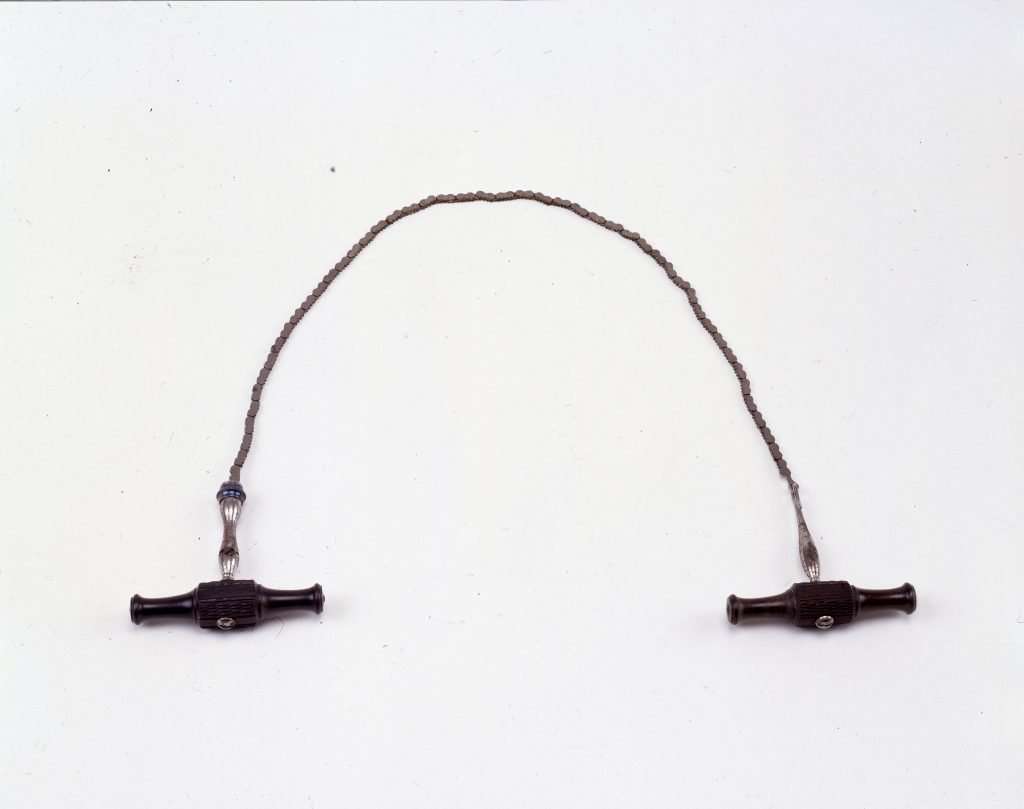 This chain saw, a popular surgical instrument during the Civil War, features a steel blade that is jointed in such a way that it allowed a surgeon to reach behind a bone and remove a section of it without damaging nearby soft tissue. This type of surgery saved arms and legs that had been wounded in battle, but did not require amputation. Cutting bone, however, often resulting in shortening limbs and rendering them useless.

In 1864, a Confederate field surgeon described operating on a 22-year-old private who had been hit with a minie ball "at the juncture of superior and middle thirds of the femur." The doctor reported: "Operation procedure was deemed advisable and resection was performed. An incision about seven inches in length was made on the external aspect of the limb, exposing the injured shaft … and a chain saw was thrown around the upper and lower ends of the fractured bone and two and half or three inches of its shaft removed …" This resection took place in a field hospital, an unusual occurrence as it was a lengthy procedure generally performed in a hospital.