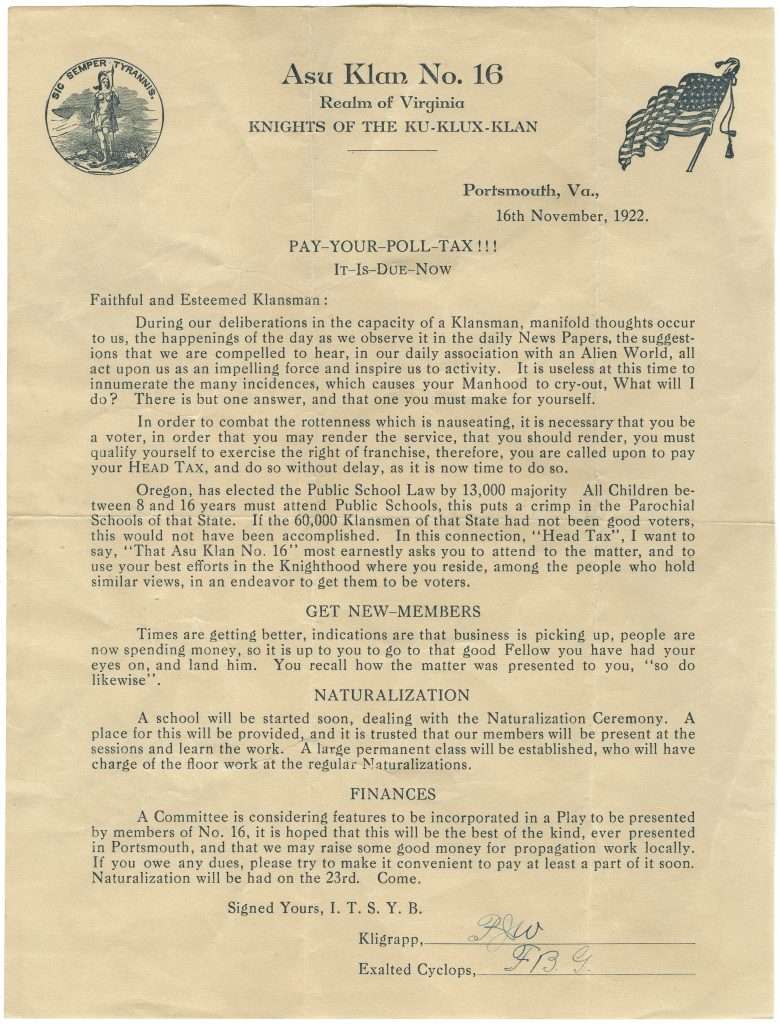 In a November 16, 1922, letter from the Ku Klux Klan chapter in Portsmouth, members of the right-wing extremist group are urged to pay the poll tax, a fee voters were legally required to pay in order to cast a ballot. The letter, which is initialed by the group's "Exalted Cyclops" and another Klan official, describes voting as a way "to combat the rottenness which is nauseating" in the world. "It is useless at this time to innumerate the many incidences, which causes your Manhood to cry-out, What will I do?" The letter credits the 60,000 Klansmen in Oregon for voting into law a mandate that children in that state between the ages of eight and sixteen attend public schools, which "puts a crimp in the Parochial Schools"—Catholics being among the groups targeted by the Klan.