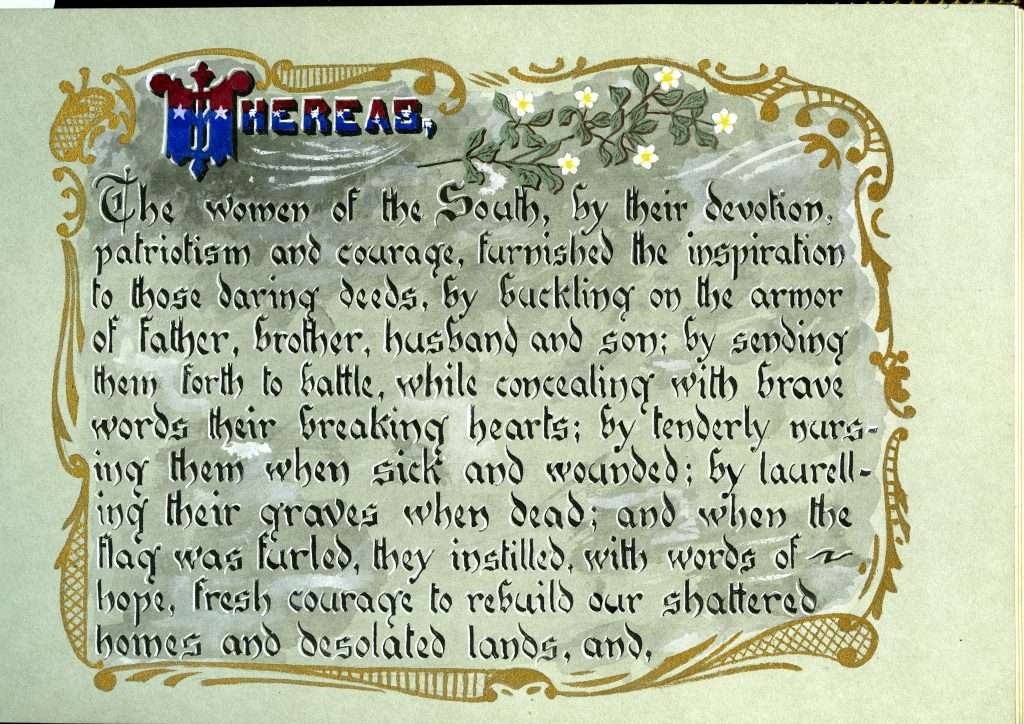 Role of Women in the Confederacy

As part of the resolutions unanimously adopted at the regular meeting of the Confederate Veteran Camp of New York on August 27, 1901, southern women are commended for their "patriotism and courage" during the Civil War and for "buckling on the armor of father, brother, husband and son … while concealing with brave words their breaking hearts … " These sentiments follow the Lost Cause interpretation of the war, which emphasizes the unswerving loyalty and unity of southern women in their devotion to the Confederacy.