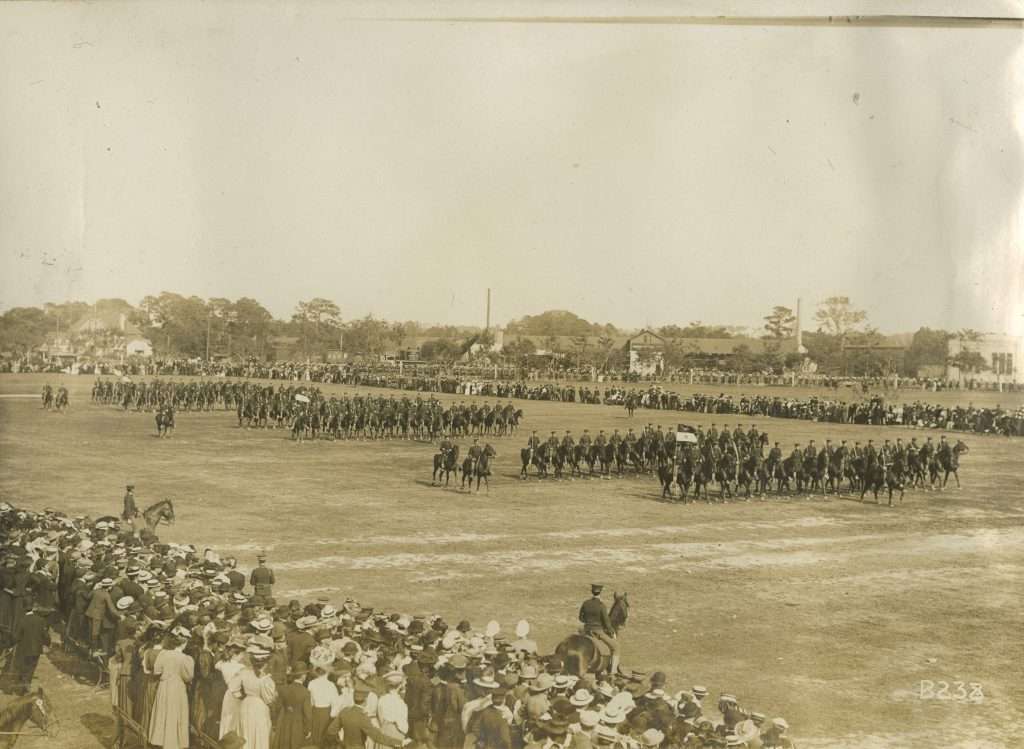 12th Cavalry at the 1907 Jamestown Exposition

This photograph depicts the 12th Cavalry marching through the parade grounds of the 1907 Jamestown Ter-Centennial Exposition, the celebration of the 300th anniversary of the British settlement at Jamestown, Virginia. After the exposition, the bankrupt Jamestown Exposition Company eventually sold much of the land to the United States government for what eventually became Naval Station Norfolk (NSN). Many of the original structures from the 1907 Exposition, including thirteen models of United States state capitols, survived the construction and evolution of NSN.