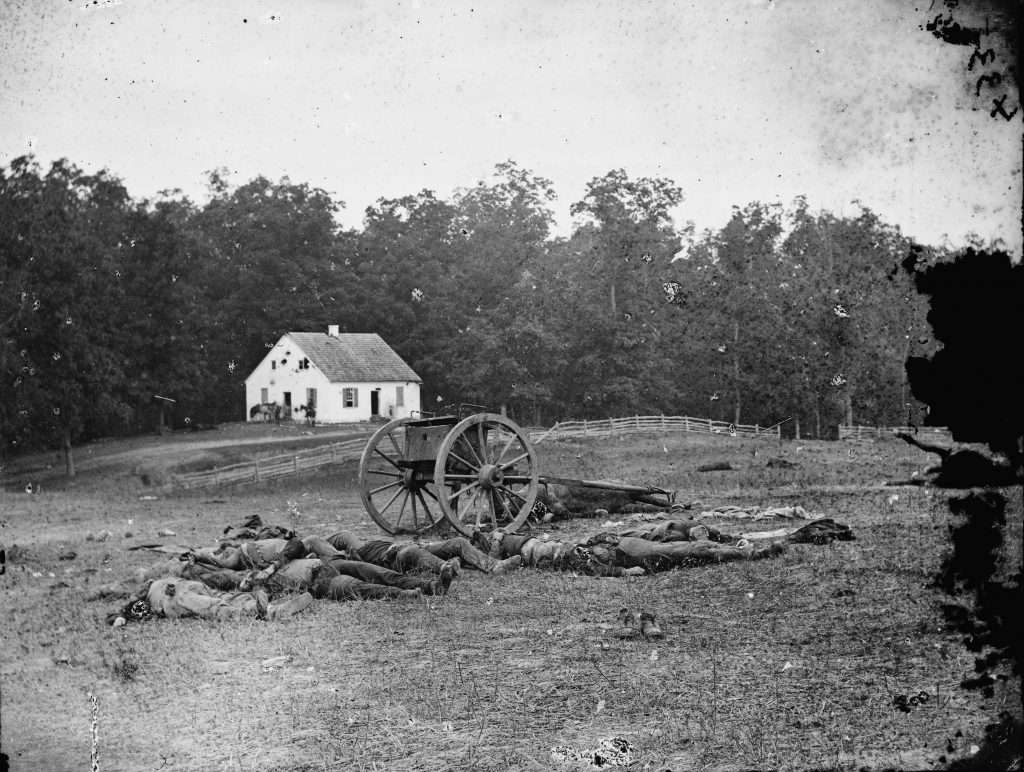 Confederate soldiers killed during the Battle of Antietam on September 17, 1862, lie on an open field in front of Dunker Church and the West Woods. This area, which was on a slight rise, served as an artillery position for Confederate forces until it was overtaken by Union troops. There is some debate over who these eight dead men were. According to the historian William A. Frassanto, they may have been members of a Virginia battery under Captain W. W. Parker, but it is just as likely that at least some of them were infantrymen killed during a series of counterattacks against Union general John Sedgwick's troops, after Sedgwick's forces had been repulsed from the West Woods. A dead horse lies next to a two-wheeled cart that had supported an artillery piece; another dead horse, its leg in the air, can be see at the far right of the image. The simple white brick church in the distance dated to 1853 and belonged to the German Baptist Brethren, who were commonly referred to as Dunkers for their baptismal practice of total immersion.