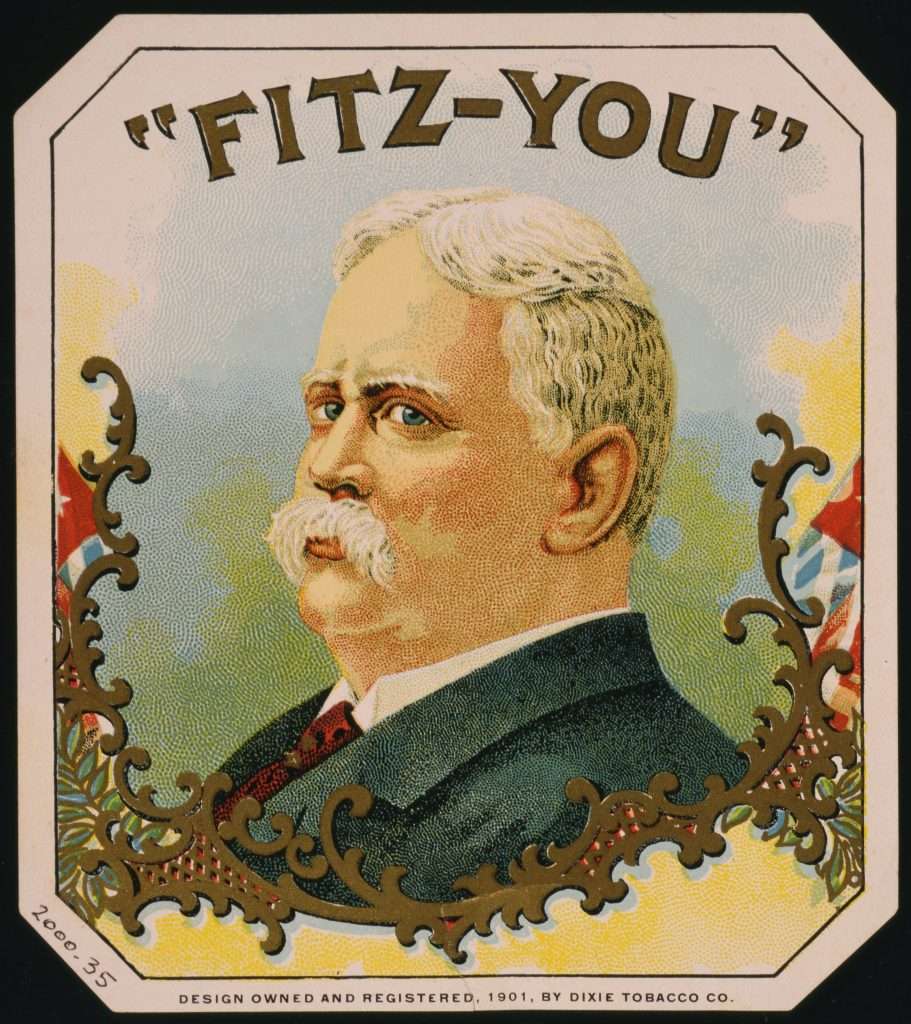 A 1901 tobacco label entitled FITZ-YOU makes use of the popularity of Fitzhugh Lee to promote the Dixie Tobacco Company's product. A former Confederate general and governor of Virginia, Lee eventually became a national hero thanks to his well-publicized promotion of American interests as United States consul general in Havana, Cuba, on the eve of the Spanish-American War (1898). By the time of his death in 1905, he was hailed as "Our Dear Old Fitz," a celebrated symbol of postbellum reconciliation.