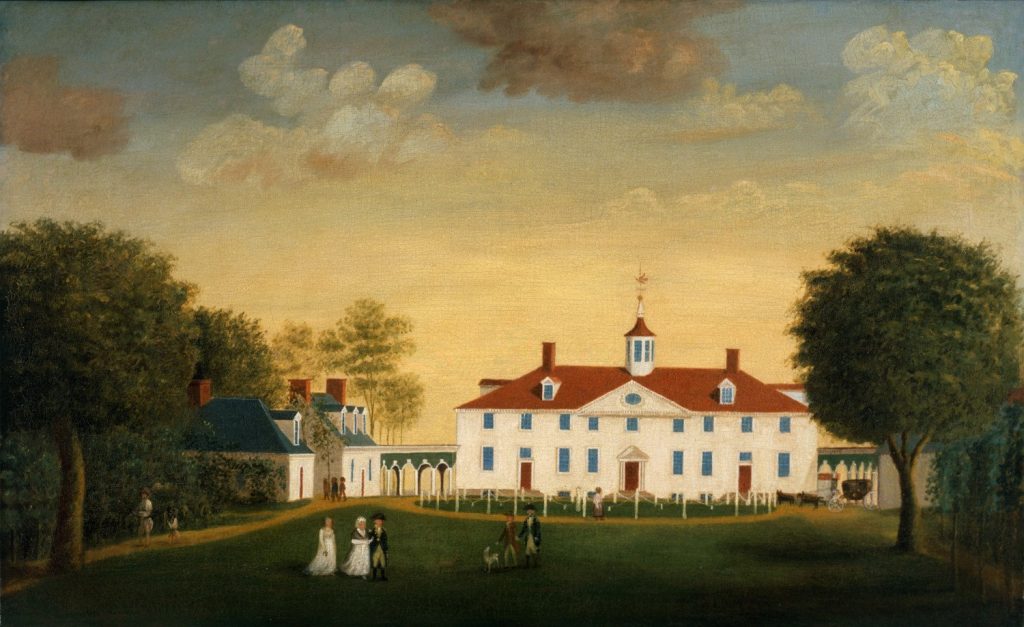 The West Front of Mount Vernon

The bustle of everyday life at Mount Vernon is captured in this painting attributed to artist Edward Savage. It is believed that the five figures in the foreground are George and Martha Washington; the grandchildren they raised, Eleanor ("Nelly") Parke Custis and George Washington ("Washy") Parke Custis; and Major Pierre L'Infant, whom Washington chose to design the new federal city—Washington, D.C. Enslaved workers can be seen in the background. This painting, and a corresponding view from the east side, are the earliest-known eyewitness views of the house and grounds at Mount Vernon.