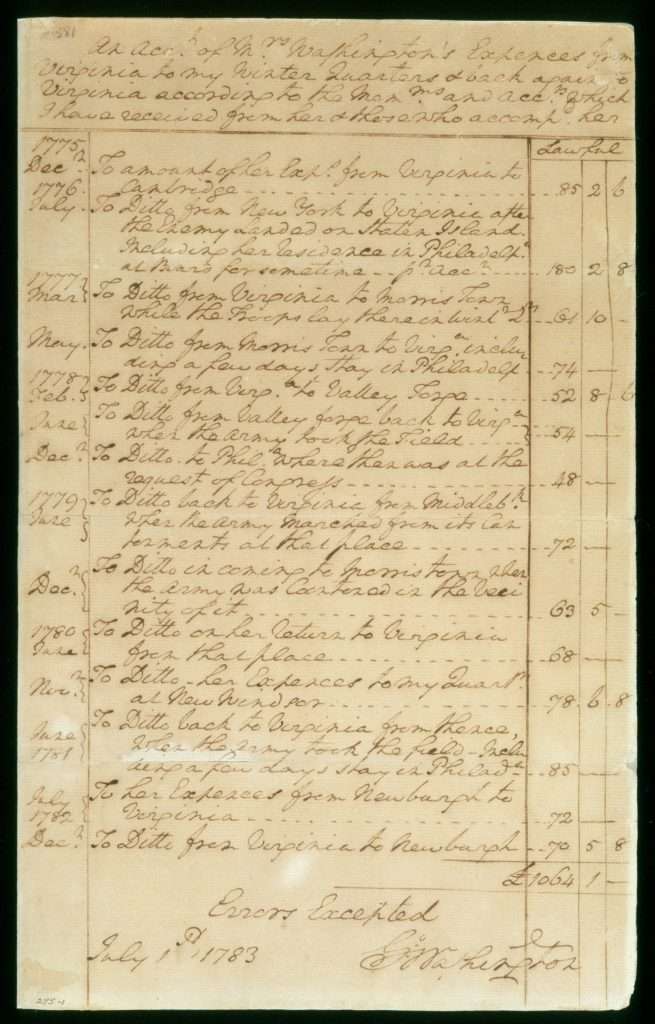 This bill submitted by General George Washington to Congress on July 1, 1783, details the expenses incurred by his wife, Martha Washington, when she traveled to the army's winter encampments each year of the Revolutionary War. The invoice shows that in February 1778 she arrived at Valley Forge, Pennsylvania, and stayed until June "when the army took the field." During that harrowing winter at Valley Forge approximately 2,000 soldiers died of disease, starvation, or exposure. The Washingtons lived in quarters that were simple, but still far more comfortable than those of regular soldiers; nonetheless, Martha's maternal presence was appreciated.  While at Valley Forge she visited the sick, knitted socks for the men, and helped boost morale. Pierre-Etienne Duponceau, a French volunteer in camp, noted that "her presence inspired fortitude," and that depressed soldiers, after visiting her, "retired full of hope and confidence."

As commander in chief during the war, Washington declined payment; he was, however, reimbursed for his expenses and those of his wife. This invoice was signed and dated by George Washington.