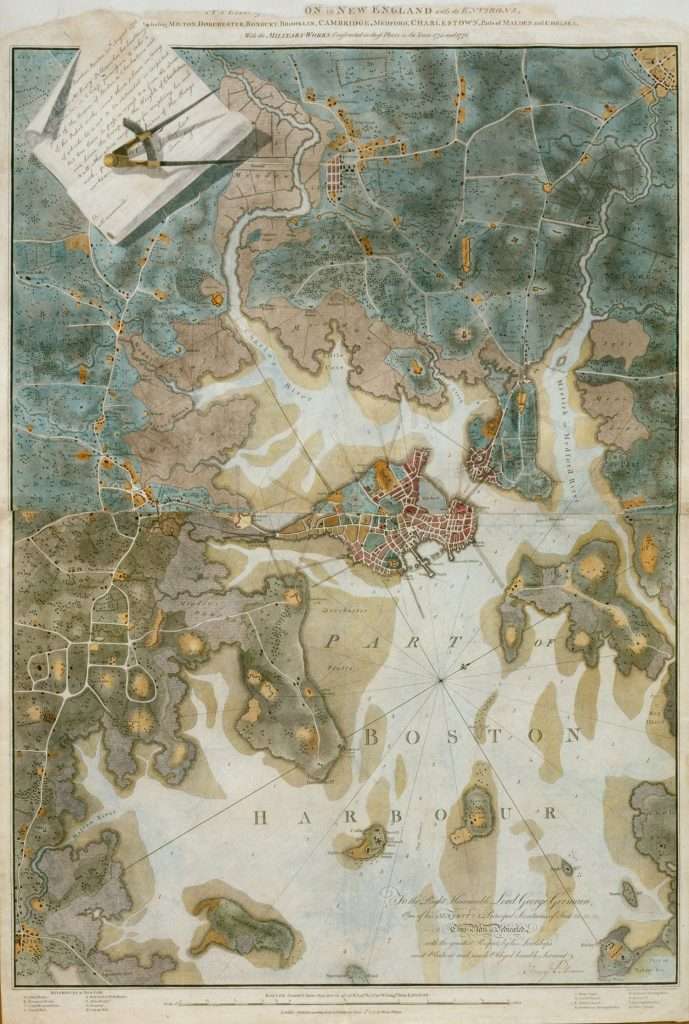 A plan of Boston in New England with its environs

A detailed map of Boston and its environs created during the summer of 1775 shows Dorchester Heights and its strategic location southwest of the city, a short distance across the harbor. In 1776 Washington forced the British to evacuate Boston by placing artillery atop the heights.

This map was made for the British by Henry Pelham, a Loyalist artist and cartographer (and the half brother of renowned portraitist John Singleton Copley). In the upper left corner, Pelham included a redendering of a pass he'd been issued that permitted him "to take a plan of Boston & Charlestown and of the Rebel works round those places" without being impeded. Pelham sent the completed map to London, where the engraver Francis Jukes reproduced it using aquatint, which was then a new printmaking technique. Published on June 2, 1777—after the city had been lost to the colonists—the map was dedicated "To the Right Honourable Lord George Germain, One of his Majesty's Principal Secretaries of State" and signed by the artist. Twelve copies of this map survive, but only half a dozen, including this one, bear Pelham's signature. Pelham fled to London with other Loyalists in August 1776, not long after Washington had driven the British from Boston.