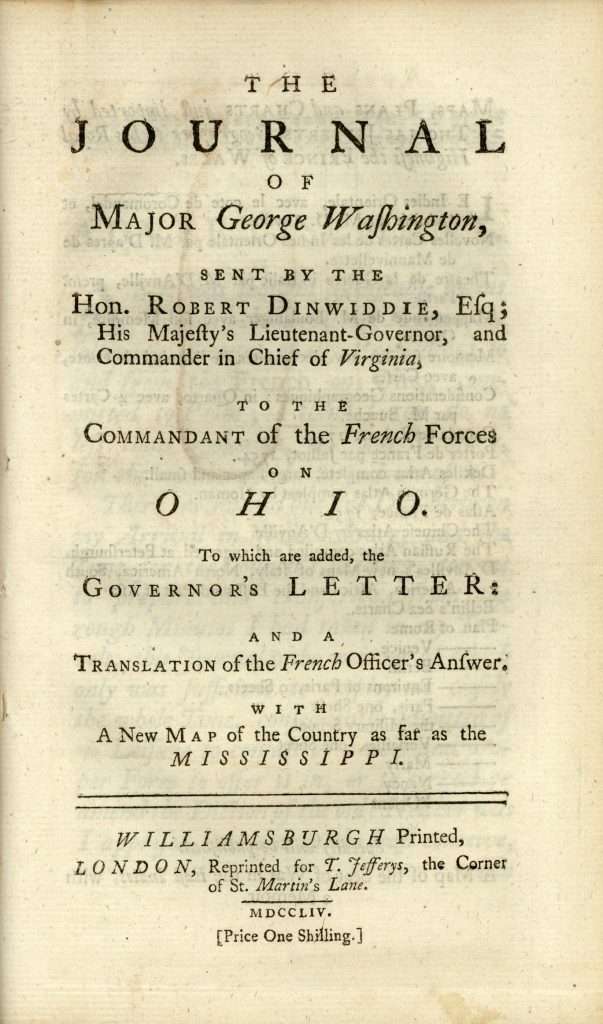 The Journal of Major George Washington

The Journal of Major George Washington is an account by George Washington of his diplomatic mission to French forces who in 1753 were expanding into the Ohio territory, an area the British claimed as their own. Twenty-one-year-old Washington, a major in the Virginia militia, was sent to deliver to the French commander a letter from Virginia lieutenant governor Robert Dinwiddie that demanded his withdrawal. Washington kept a diary of his thousand-mile journey and wrote an official report based on it. To the young officer's surprise, Dinwiddie had his account, along with other official documents, printed in Williamsburg in February 1754. Only eight copies of the original Williamsburg printing survive, but Washington's report was reprinted in colonial newspapers as far away as Boston, and an edition was published in London later that year. The English publication, which could be purchased for the price of one shilling, is shown here. This report brought international attention to Washington and marked the beginning of his public career.