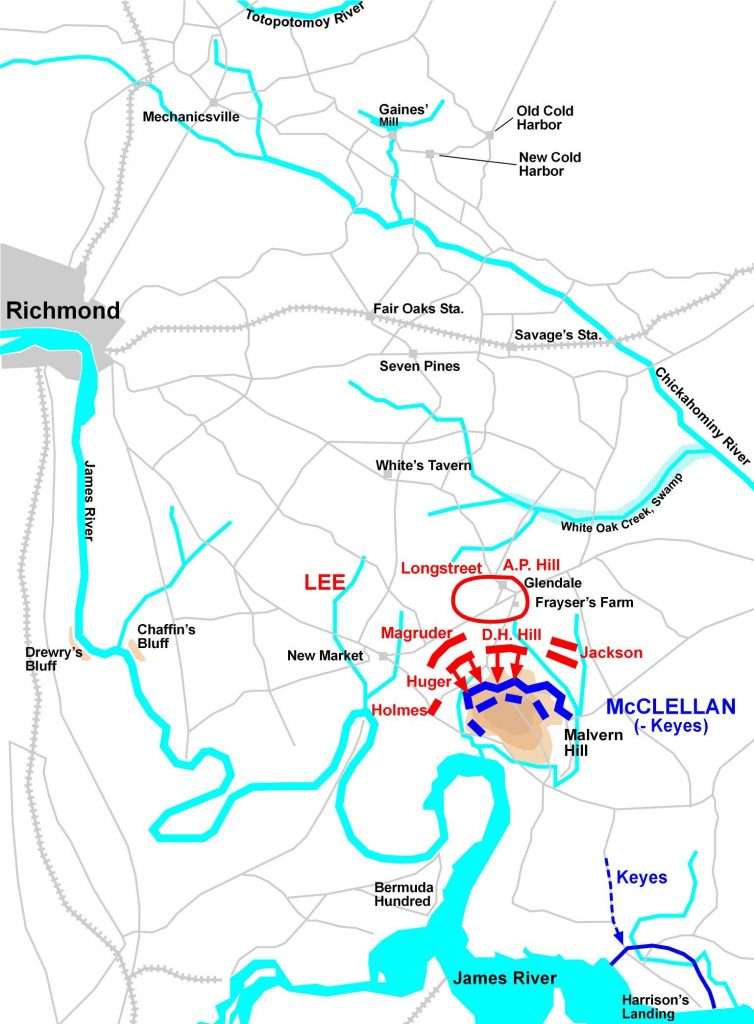 The position of Confederate forces (in red) are shown as they attack Union forces (in blue) amassed on Malvern Hill during the final engagement of the Seven Days' Battle. In he aftermath of the fighting Union troops were pulled back to Harrison's Landing on the James River, shown on bottom right.