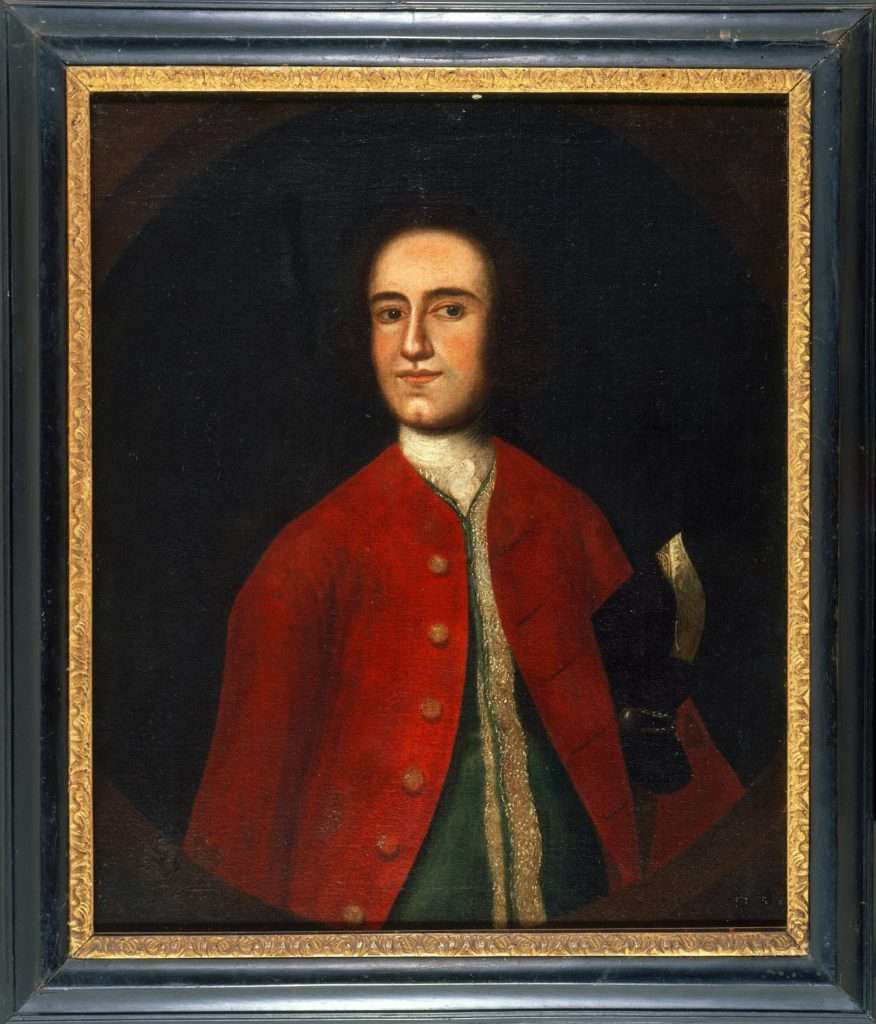 Lawrence Washington, half brother of George Washington, wears a scarlet jacket in this portrait by an unknown artist. The painting may have been executed at Mount Vernon, perhaps in 1743, the year that Lawrence inherited the estate. After a lingering case of tuberculosis, Lawrence died in 1752 at the age of thirty-four, and George took possession of Mount Vernon from his sister-in-law. Devoted to the memory of his beloved half-brother, George Washington placed this portrait in his private study.