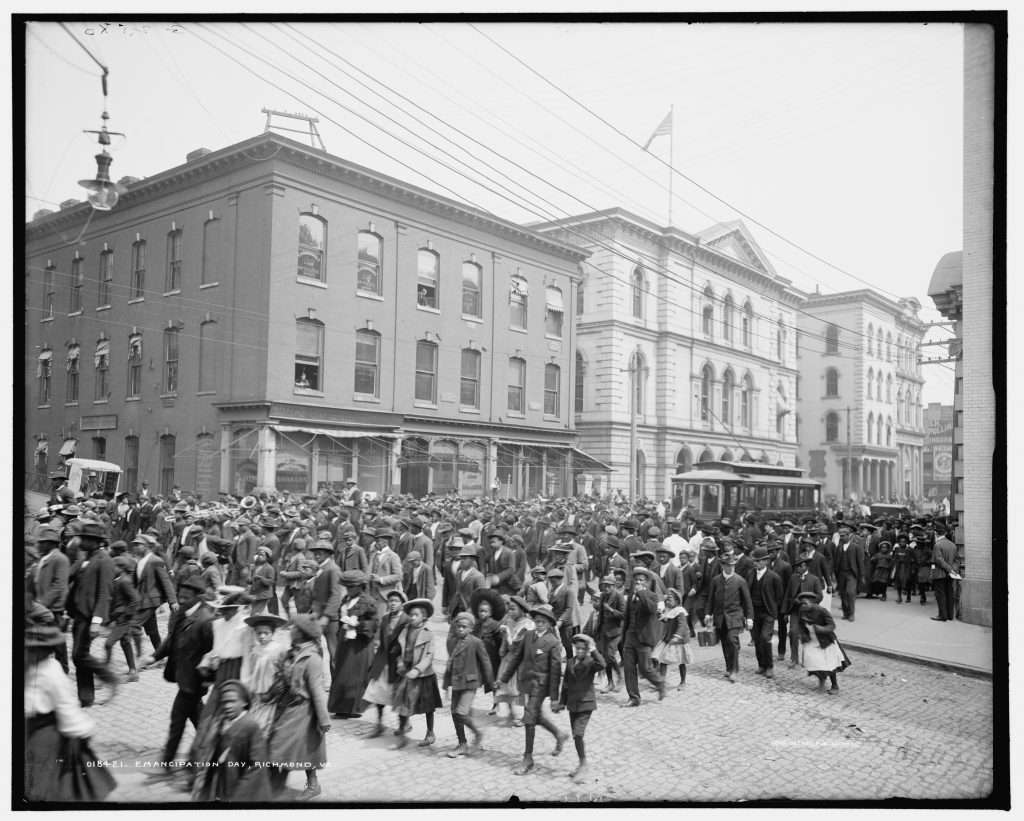 A large crowd of Black men, women, and children march in the middle of the cobblestone streets of Richmond as they celebrate Emancipation Day on April 3, 1905. This was the fortieth anniversary of the day that Union troops took control of Richmond, the Confederate capital. President Abraham Lincoln had issued the Emancipation Proclamation freeing the enslaved on January 1, 1863, but that edict had no legal effect in the Confederacy. It was only when Union troops took control of the city that Richmond's enslaved population could claim their freedom. The Black community in Richmond continued to celebrate Emancipation Day into the early twentieth century.