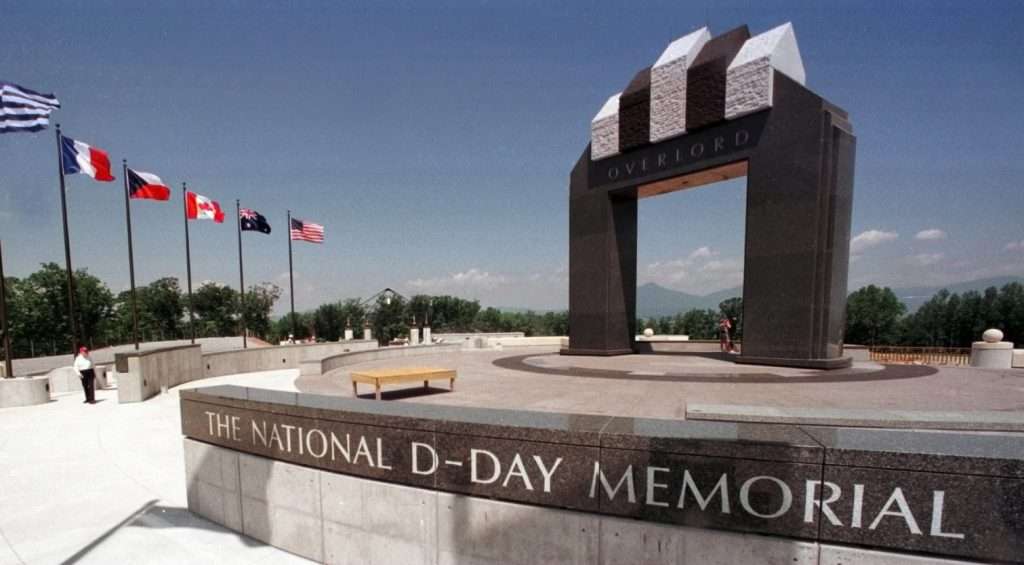 Construction of the National D-Day Memorial

The National D-Day Memorial is a congressionally approved national war memorial in Bedford, Virginia, honoring the American GIs who participated in the invasion of France at Normandy on June 6, 1944, during World War II (1939–1945). Dedicated on June 6, 2001, by United States president George W. Bush and receiving as many as 100,000 visitors per year, the memorial is remarkable for its stone arch that rises nearly forty-five feet in the air. The structure's six components correspond, often in directly representational ways, to the planning and execution of Operation Overlord, the largest invasion in history. Conceived by Roanoke native and D-Day veteran J. Robert "Bob" Slaughter, the memorial is located in Bedford partly for symbolic reasons: the Virginia town lost nineteen of its men engaged that day, all members of Company A, 29th Infantry Division, possibly the largest per capita loss of any town in America on that day.