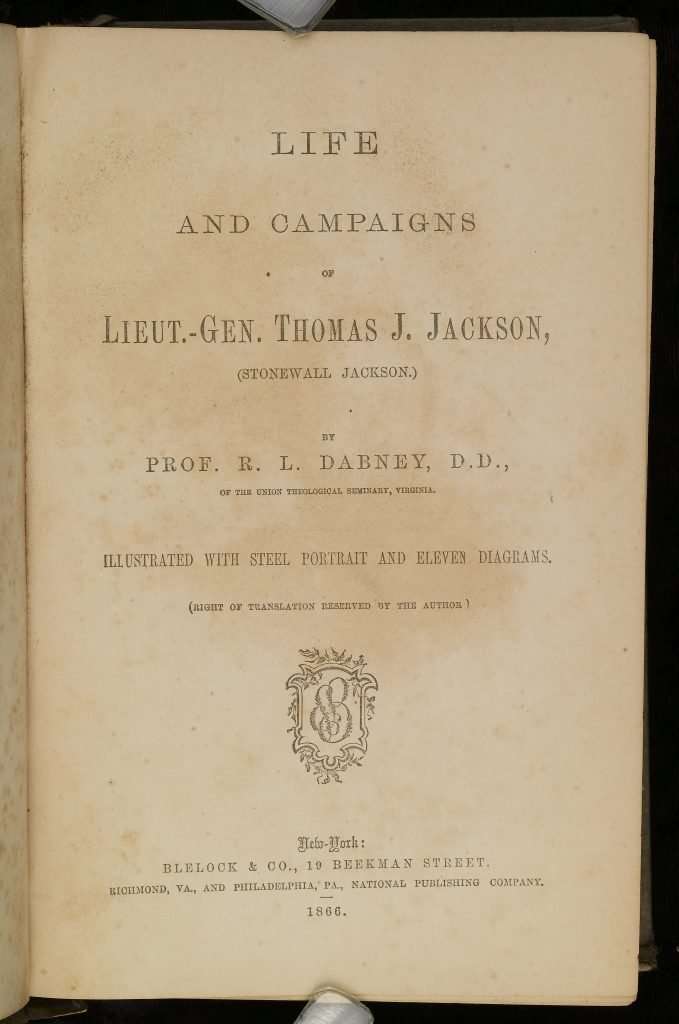 Life and Campaigns of Lieut.-Gen. Thomas J. Jackson (Stonewall Jackson), a biography of the Confederate general written by the Presbyterian minister Robert Lewis Dabney, highlights Jackson's fervent piety. Dabney served briefly as chaplain to the 18th Virginia Infantry Regiment and then, for a few months, as adjutant, or chief of staff, to Jackson. After the general's death, Jackson's widow asked Dabney to write a biography of her husband. A two-volume version was published in London between 1864 and 1866. This title page is from the one-volume edition published in New York in 1866.