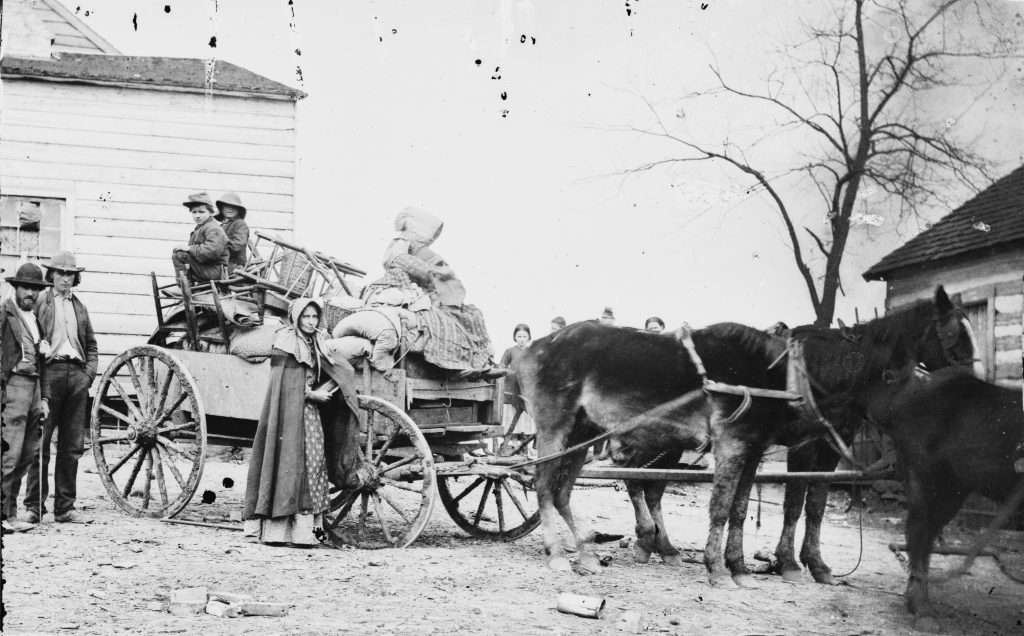 Departure from the Old Homestead

A woman wearing a bonnet and smoking a pipe stands next to a horse-drawn wagon loaded with her furniture and personal possessions. She and her family were Unionists in the process of fleeing from their Virginia home in 1862, when George N. Barnard made this glass-plate photograph. This image was reproduced after the war as an albumen stereograph and sold for thirty cents by the War Photograph & Exhibition Company in Hartford, Connecticut; the pro-Union caption on the back reads:

This is one of the familiar scenes during the war. Union families were persecuted by the Rebels and "bushwhackers," and to escape this persecution and probable death, they would, when our troops came near enough to protect them, hastily gather up a little furniture, pile it on to an old wagon, and bidding goodby to their home, take up their march northward toward the land of freedom.