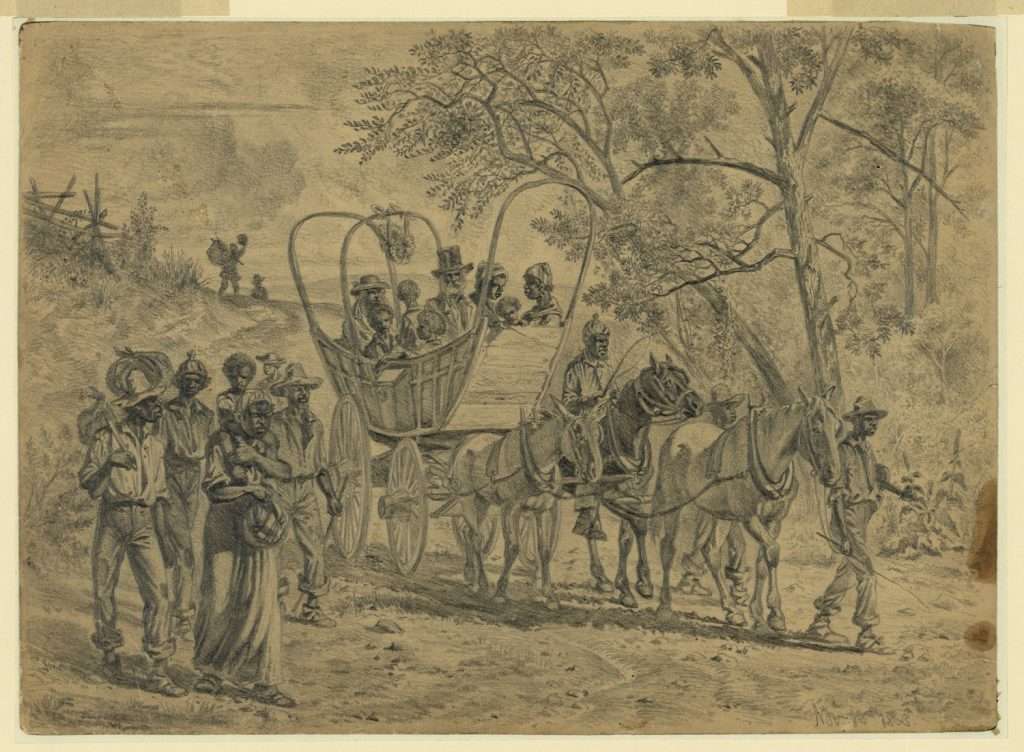 In this pencil sketch by the artist Edwin A. Forbes, made late in 1863, African American refugees seeking freedom come into Union lines near Culpeper Court House. While some women, children, and an older man ride inside a schooner wagon, others travel on foot with their belongings. Forbes, who served as a wartime artist for Frank Leslie's Illustrated Newspaper, wrote a memoir about his experiences that was published in 1890. Of the escaped slaves who were welcomed behind Union lines as "contraband of war" Forbes wrote: "The negroes were of invaluable assistance in the East in the construction of works of defence—rifle-pits, earthworks, forts, camps, etc., and they were gradually taken into the forces and utilized as non-combatants in many ways—as body servants, cooks, drivers, grooms, laborers, and wherever they could save work or time for the soldiers. Later on, when it was decided after much discussion to enlist and arm them, and give them a chance to fight as well as work for their liberty, they gave a splendid account of themselves."