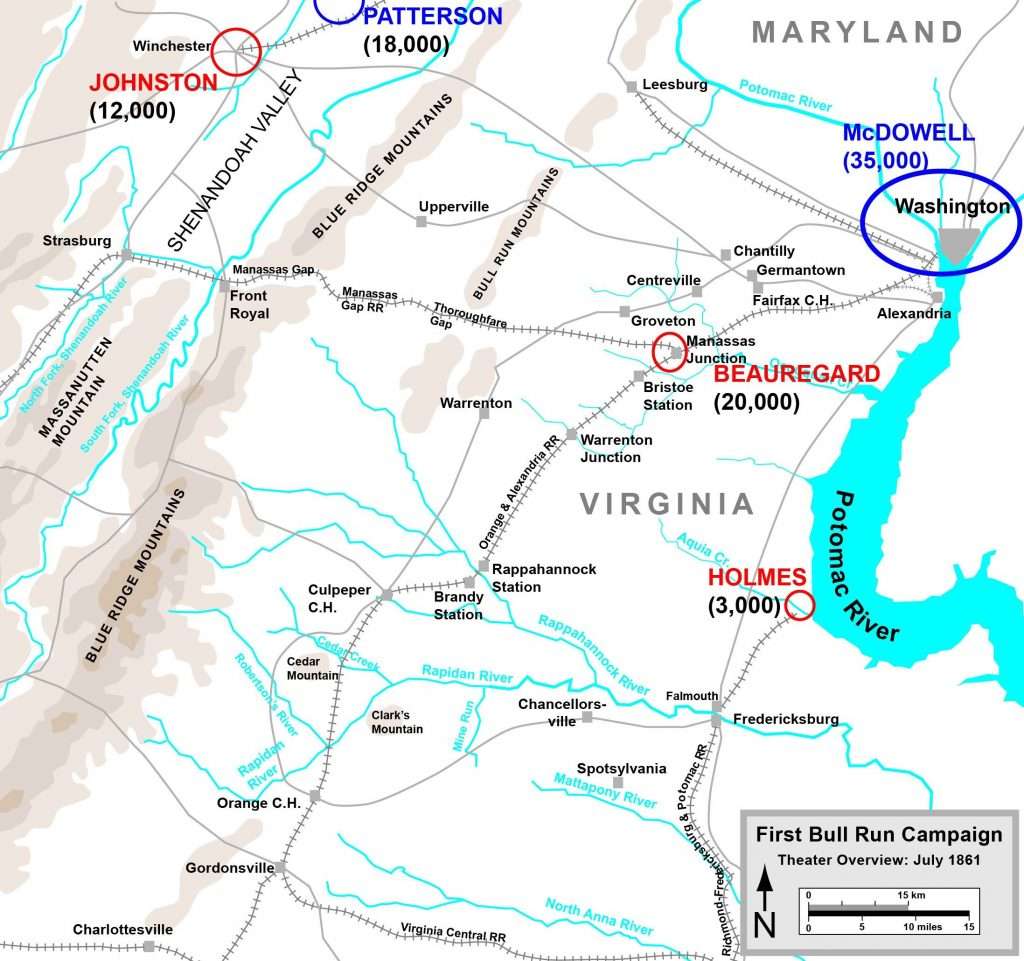 Map of the First Manassas (or Bull Run) Campaign

This series of maps shows the Union (blue) and Confederate (red) troop locations and movements before and during the First Battle of Manassas (or Bull Run) that took place in Virginia on July 21, 1861. This was the first major battle of the American Civil War and the fighting was marked by confusion, with Union and Confederate troops wearing similar uniforms and flying similar flags. When it looked as if the Union troops might prevail, Virginians under the command of Thomas J. Jackson rallied on Henry House Hill, where he earned his famous nickname "Stonewall." The battle ended in a rout of Union troops.