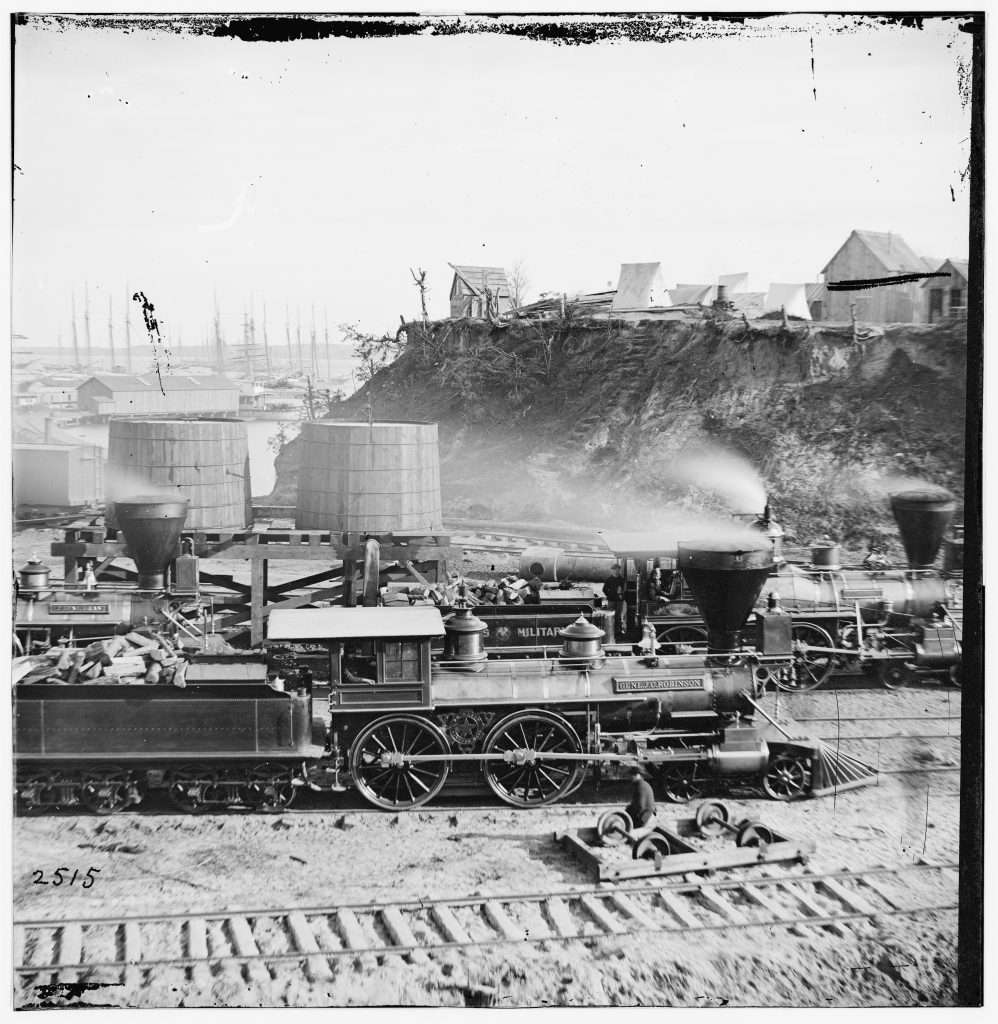 Steam locomotives of the United States Military Railroad ferry supplies from City Point, a strategic depot established on the James River, to the Union armies during the siege of Petersburg. Northern engineers laid out a railroad that ran behind Confederate lines to easily transport supplies from ships traveling up the James River to the troops. This scene shows the lower half of the transportation complex at City Point. The wharf, visible in the upper left corner of the view, was constructed to offload ordnance at a safe distance from the rest of the depot after a massive explosion on August 9, 1864, rocked City Point. Although widely assumed at the time to be an accident, the explosion was probably the work of Confederate secret agents.