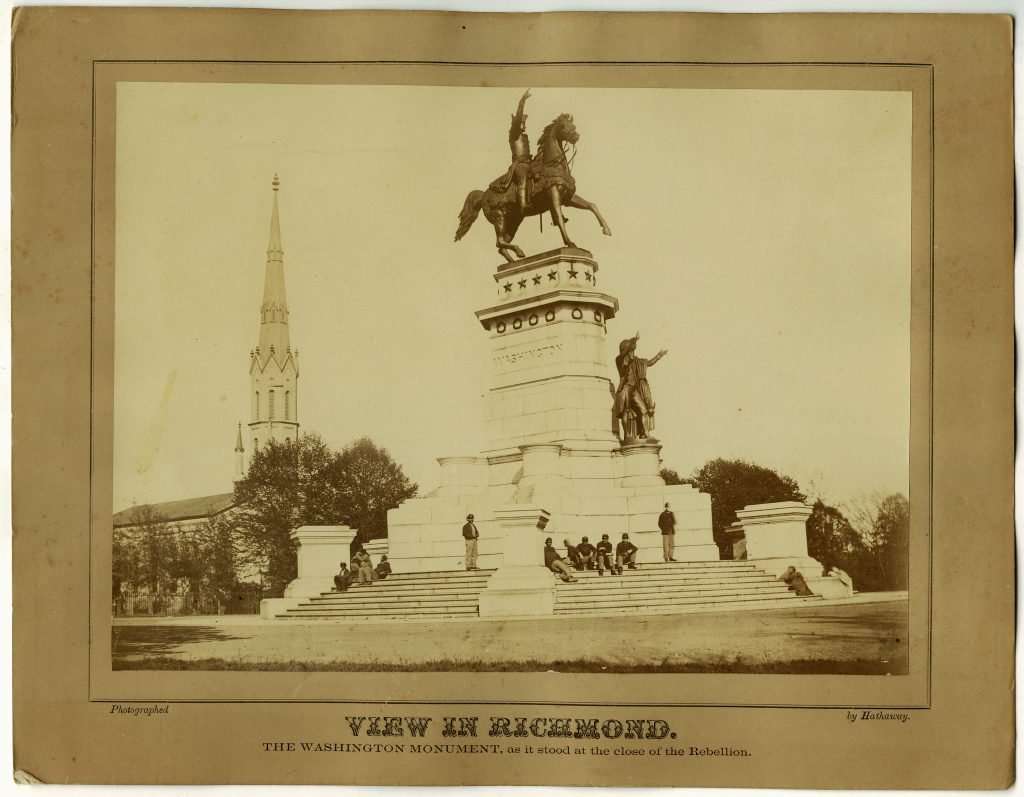 At the close of the Civil War, Union soldiers lounge and stand on the steps of the sixty-foot-high equestrian statue of George Washington in Capitol Square, Richmond, Virginia. On April 2, 1863, this was the starting point of the Richmond Bread Riot. A group of hungry women, angered by the hoarding, speculation, and spiraling inflation that made the cost of food and other necessities astronomical, converged on the monument and then made their way to the governor's mansion. Denied a meeting with Governor John Letcher, some of the women returned to the statue. Accounts of what happened next vary; some say Letcher did, in fact, meet with the women at the Washington monument. Dissatisfied with his response, the women marched out of Capitol Square and headed toward Ninth Street and in the direction of the city's business district. As the women walked, they attracted hundreds—some accounts say thousands—of followers. The mob then began attacking government warehouses, grocery stores, and various mercantile establishments, seizing food, clothing, and wagons, as well as jewelry and other luxury goods. Some merchants resisted the rioters while others watched helplessly as the looters seized bacon, ham, flour, and shoes. More than sixty men and women were arrested and tried in connection with the riot.