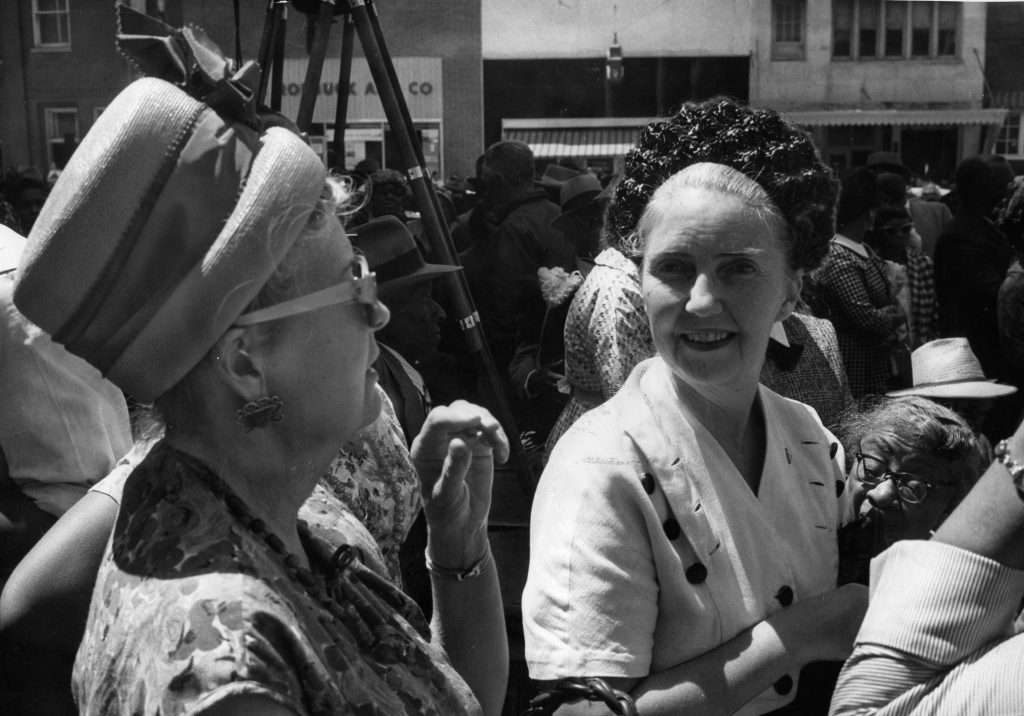 Sarah-Patton Boyle (at right) is photographed here at a 1960s civil rights rally. With the publication of her 1962 autobiography, Boyle had achieved national recognition as a southern white civil rights activist. She also grew more activist in her political affiliations; by 1960, she withdrew from membership in the Virginia Council on Human Relations, as she had come to see it as a refuge for moderates. Boyle joined the NAACP, participated in the historic March on Washington for Jobs and Freedom, and in 1964, while taking part in a demonstration against hotel segregation in St. Augustine, Florida, she was arrested for the first time.