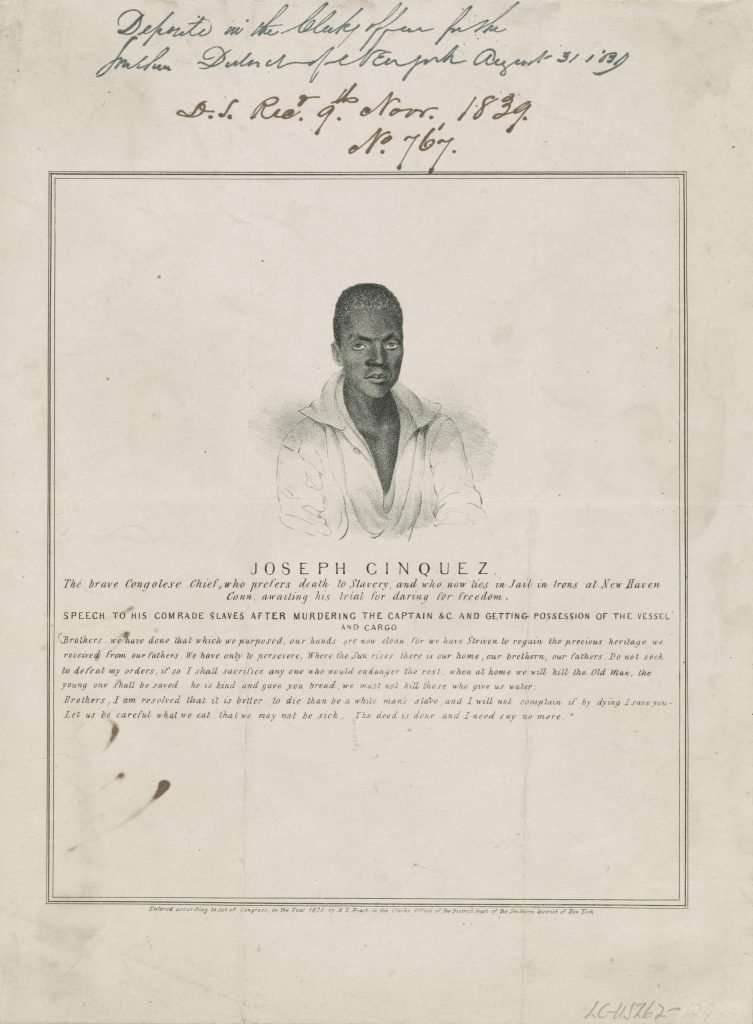 Joseph Cinquez (also known as Cinqué), who led a revolt of African slaves aboard the Spanish ship La Amistad in 1839, is the subject of this contemporary lithograph. The portrait of Cinquez was made while he awaited trial in New Haven, Connecticut, on charges of murder and piracy. Beneath his image is a copy of the speech he supposedly delivered to his comrades after they had killed the captain and commandeered the ship. In his oration Cinquez "resolved that it is better to die than be a white man's slave." John Quincy Adams represented the mutineers before the United States Supreme Court in 1841 and won the case; the Africans were set free and permitted to return to their native country.