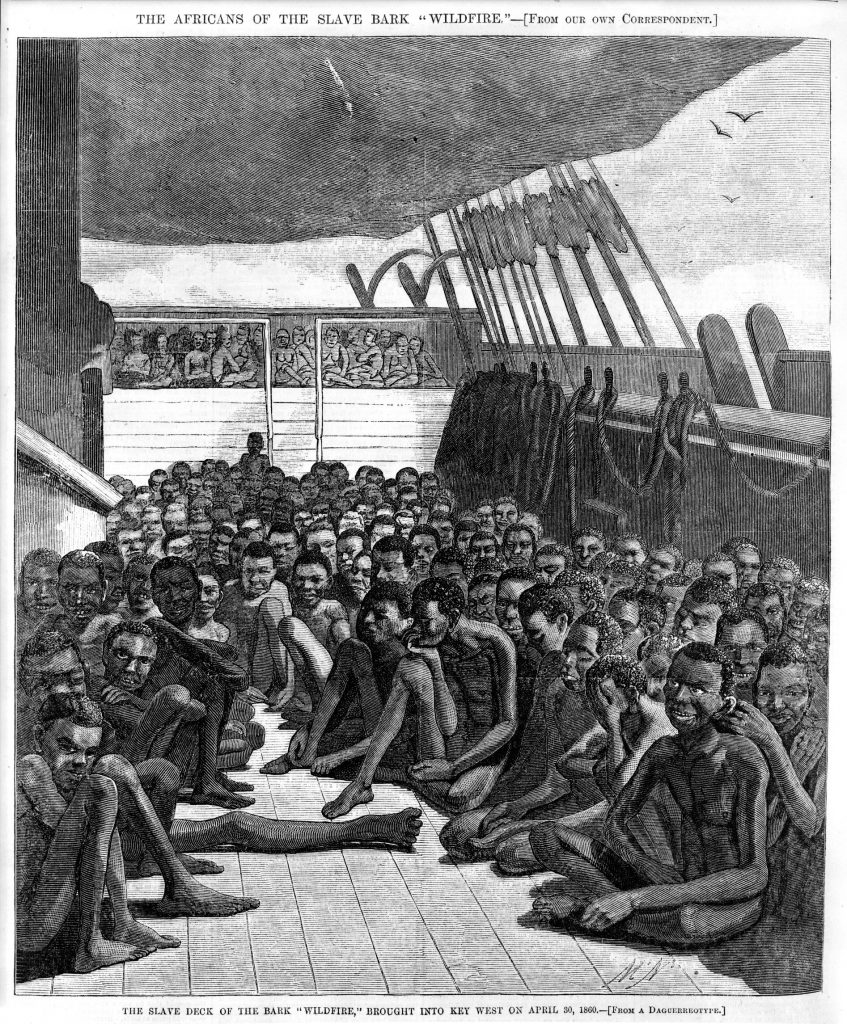 The Slave Deck of the Bark Wildfire

Captive Africans are shown crowded on the slave bark Wildfire—the men in the foreground, the women on an upper deck behind them—in this engraving published in the June 2, 1860, issue of Harper's Weekly. Though the United States had outlawed the importation of slaves in 1808, an illegal trade in enslaved Africans continued for decades. This vessel was captured by an anti-slaving ship and brought into port at Key West, Florida. The Harper's writer who boarded the ship reported that he saw "about four hundred and fifty native Africans, in a state of entire nudity, in a sitting or squatting posture, the most of them having their knees elevated so as to form a resting place for their heads and arms." The captives, who had come from an area near the Congo River in Africa, were subsequently sent to Liberia.