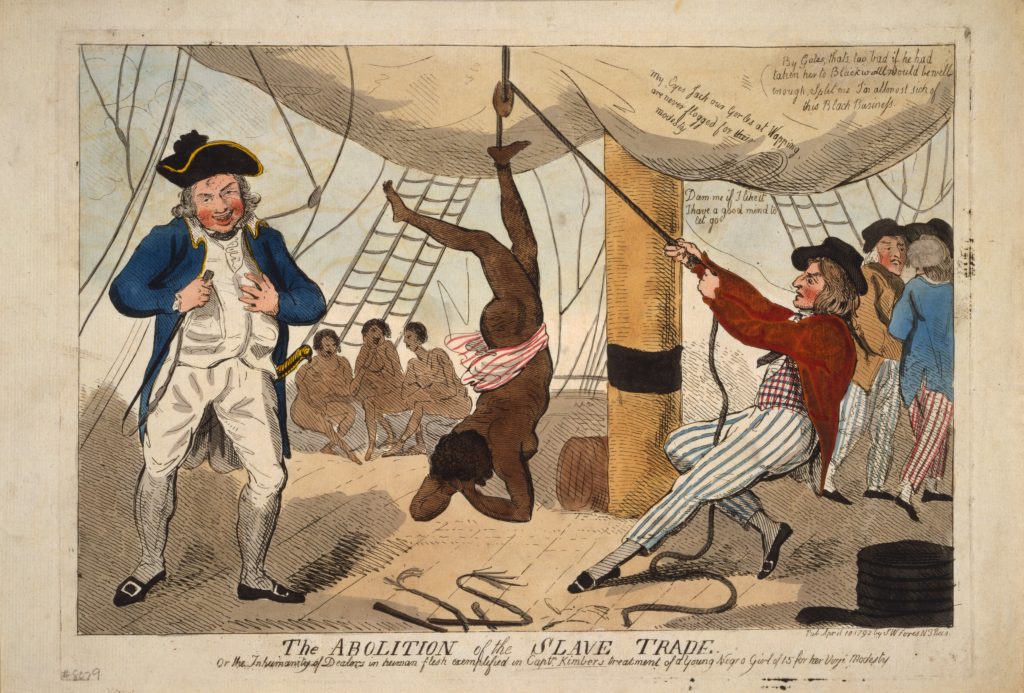 The Abolition of the Slave Trade. Or the Inhumanity of Dealers in human flesh exemplified in Captn. Kimber’s treatment of a Young Negro Girl of 15 for her Virjen Modesty

In this cartoon, published in London on April 10, 1792, a sailor aboard a slave ship suspends a fifteen-year-old girl by her ankle, saying, "Dam me if I like it. I have a good mind to let go." While the captain, John Kimber, stands ready with a whip, another sailor says, "My Eyes Jack our Girles at Wapping are never flogged for their modesty." Another adds, "By Gales, that's too bad if he had taken her to Blackwall all would be well enough. Split me I'm allmost sick of this Black Business."

The cartoon was published in response to accusations made before Parliament of Kimber's ill treatment of slaves. Kimber was tried and subsequently acquitted of murdering a slave girl for refusing to dance.