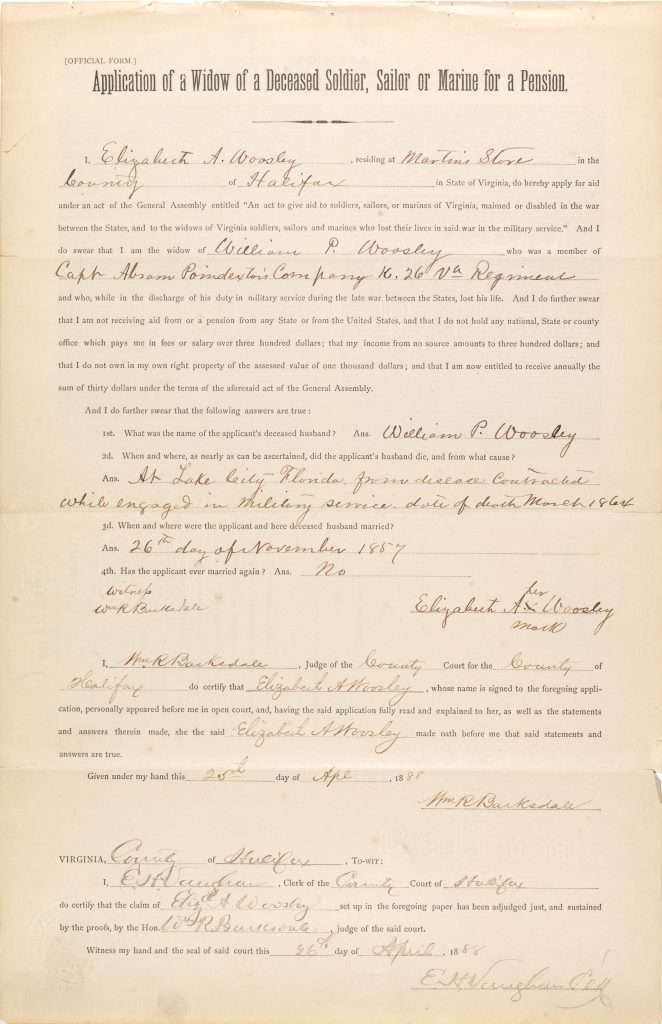 In her application for a Confederate pension, dated April 25, 1888, Elizabeth A. Woosley of Halifax County states that her husband, William Woosley, served with the 26th Virginia Regiment during the war and that he died in Florida in March 1864 "from disease contracted while engaged in military service." To be eligible for the thirty-dollar-per-year pension offered by the state, Woosley had to swear that she had never remarried, had not received another pension, did not have an annual income over $300, nor owned property assessed at  $1,000 or more.