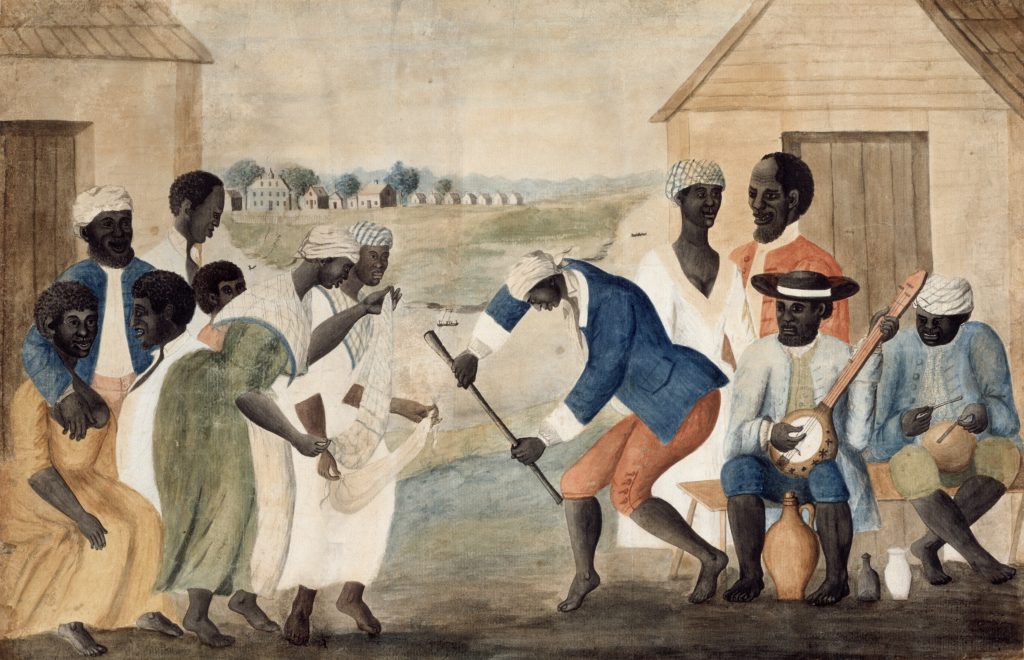 A late eighteenth-century watercolor titled The Old Plantation portrays enslaved men and women during a  moment of leisure or celebration. At right, a musician plays a four-stringed banjo, perhaps made from a hollowed gourd, and another man strikes a makeshift drum that might be an overturned pot or pan. The figures at the center of the painting are dancing. The man bending down holds a long stick or staff; the women dancers are holding what appears to be a length of cloth or a scarf, but might be an African percussive instrument traditionally used by women. Known variously as a segbureh or shegureh, the instrument consists of a gourd surrounded by a netting that has hard shells or bones sewn into it; when the netting is pulled, the instrument creates a rattling sound.

This painting is described by the Colonial Williamsburg Foundation as "arguably the best-known depiction of slaves in America," which captures the efforts of enslaved people “to maintain African cultural traditions within the difficult, often hostile context of plantation life.” It is attributed to John Rose of Beaufort County, South Carolina. The scene probably took place on his plantation where, in the last decade of the eighteenth century, Rose enslaved between forty-nine and fifty-one people.