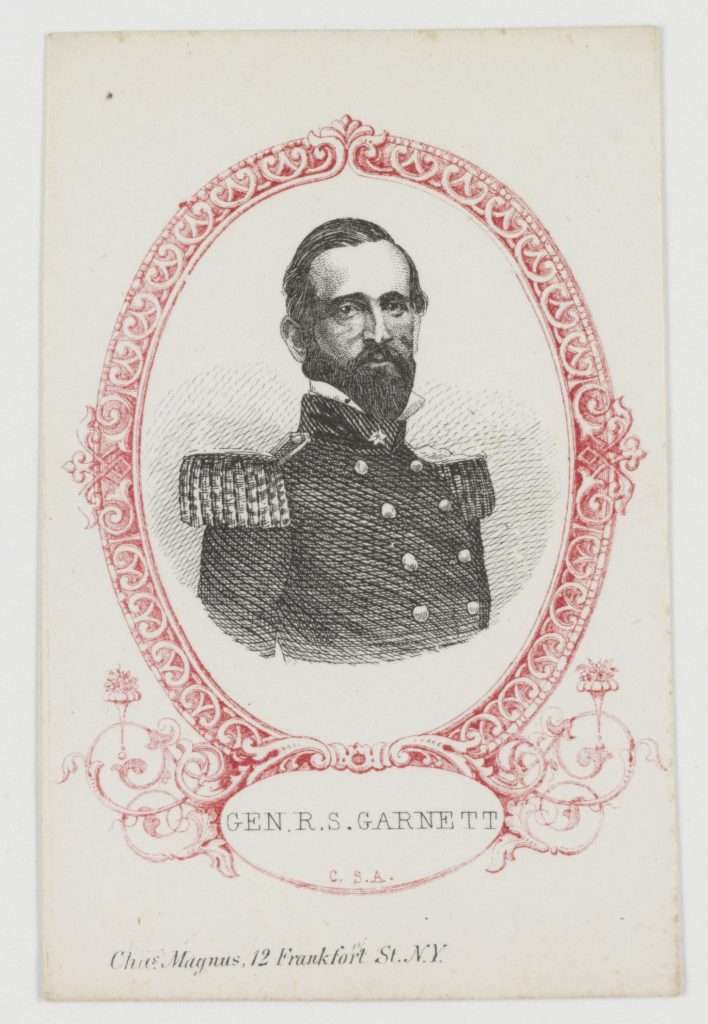 Robert S. Garnett, the first Confederate general killed during the Civil War, is believed to be the subject of this engraved portrait. This image on card stock was one of forty-seven portraits of Confederate military and political leaders produced as a boxed set in New York City, probably during the war.