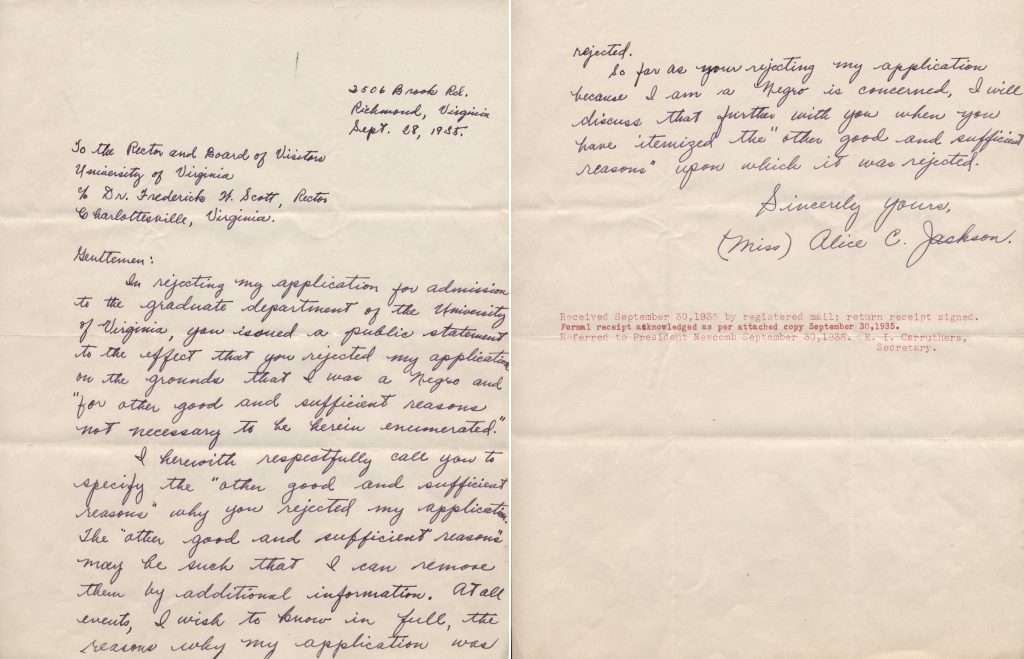 In a September 1935 letter to the Rector and Board of Visitors of the University of Virginia, Alice Jackson, the first African American to apply to the graduate school at the university, inquires as to why she was denied admission into the master's program in the French department. The school had issued a public statement saying that she had been rejected not only because of her race, but "for other good and sufficient reasons not necessary to be herein enumerated." Her request for more information touched off an angry debate—and elicited no answer to her question.

The General Assembly responded to Jackson's challenge to segregation by enacting a law that created a tuition supplement that would enable black Virginians to go out of state to take courses available only to white Virginians. The new funds helped Jackson make her way to Columbia University in New York City, where she completed the master's degree that she was barred from earning in her native state. After earning her degree, she taught at historically black colleges over a five-decade career.

Jackson died in 2001, at age eighty-eight, and her family donated her papers to Alderman Library at the University of Virginia. Her son, Massachusetts Superior Court Judge Julian T. Houston, said that the decision to have the papers go to the University of Virginia had a "certain poetic justice" in that "it enables her to achieve in death that which she sought but was denied in life."