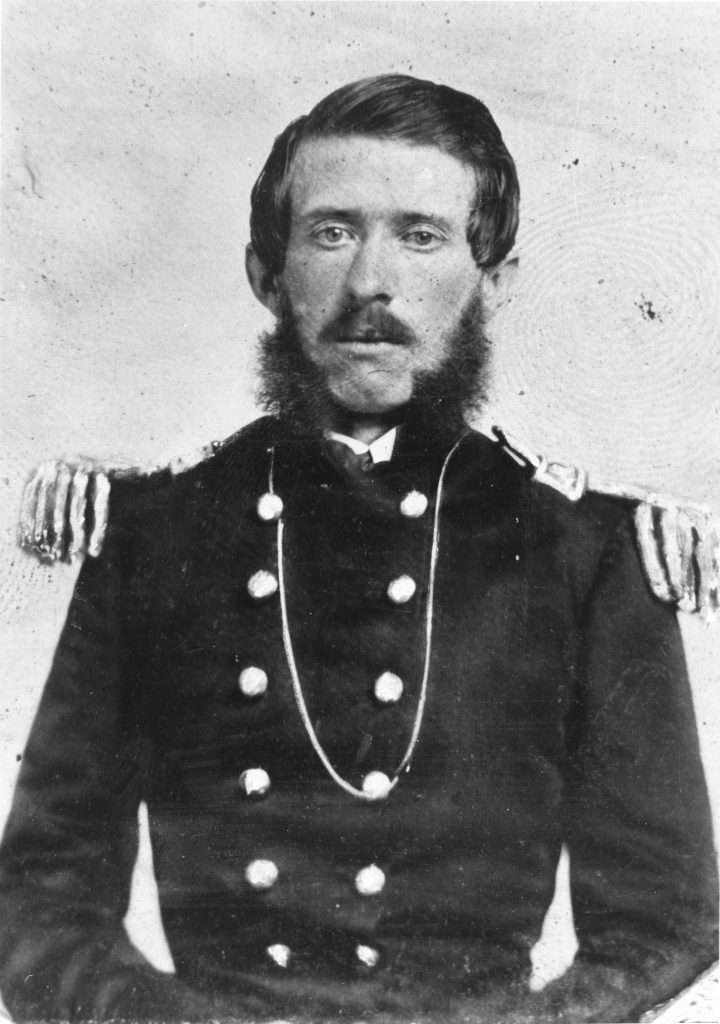 Confederate officer James B. Terrill, an 1858 graduate of the Virginia Military Institute, is shown wearing a full-dress uniform with shoulder insignia and epaulets that conform closely to U.S. Army regulations, not Confederate ones. It was not uncomon for newly promoted Confederate officers, especially at the beginning of the war, to wear uniforms based on U.S. Army standards. Terrill was killed in action in May 1864; the day before his death he was officially appointed a brigadier general.