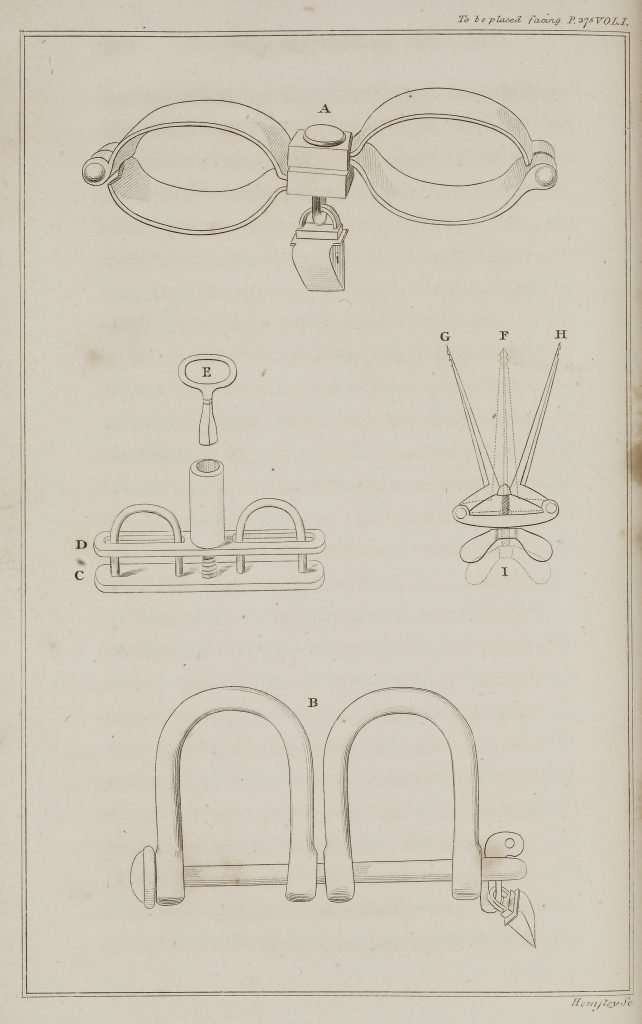 A diagram published in Thomas Clarkson's The History of the Rise, Progress, and Accomplishment of the Abolition of the African Slave-trade by the British Parliament (1808) shows various instruments of torture and confinement used by slave ship captains and crew members to enforce discipline during the long sea voyage. Wrist manacles are shown at the top of the illustration and leg shackles at the bottom; thumbscrews designed to torture uncooperative slaves are at center left. The speculum oris, at center right, was a mechanism used to force open the mouth of anyone who refused to eat.