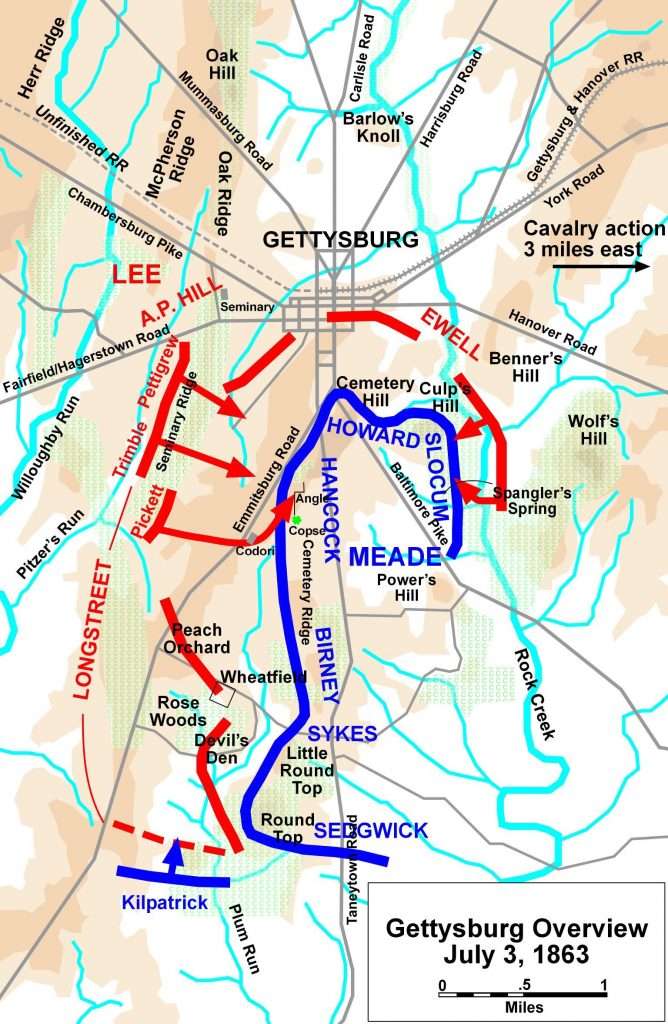 This map shows the movements of Confederate troops (in red) as they attacked Union forces (in blue) during Pickett's Charge at the Battle of Gettysburg on July 3, 1863. After two days of battle during which Confederate general Robert E. Lee attacked the Union forces of George G. Meade on both flanks, Lee ordered a massive attack on the Union center, anchored along the top of Cemetery Ridge. Three divisions of mostly Virginians and North Carolinians under the command of George E. Pickett, Isaac R. Trimble, and James J. Pettigrew marched from the wooded cover of Seminary Ridge three quarters of a mile across an open field, over the fenced Emmitsburg Road and up the hill, where Union troops fired from behind a stone wall. Although a few Virginians breached the wall, the attack failed and Lee was forced to retreat from Gettysburg.