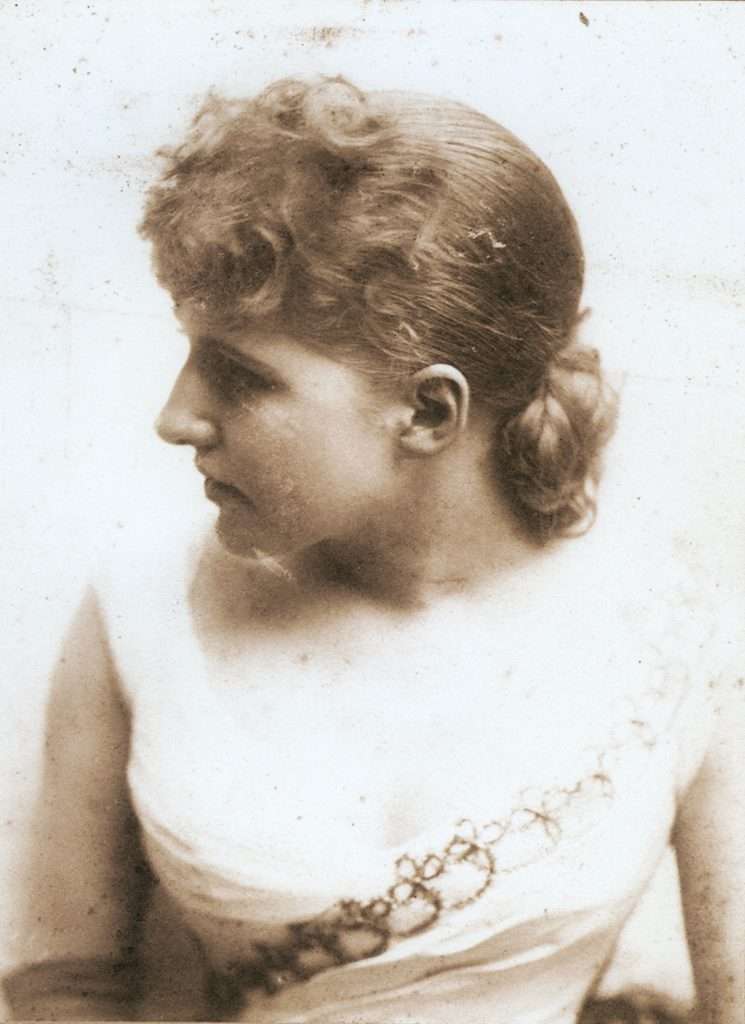 Virginia author Amélie Rives is seen in profile in this portrait made by New York photographer G. C. Cox around 1888. In April of that year Rives published her bestselling first novel, The Quick or the Dead?, which was roundly condemned in many quarters for its portrayal of a woman who experienced sexual feelings. Rives became an overnight sensation for her novel—and for her great beauty—and she was besieged by the press. Several months after her book was published, Rives quietly wed John Armstrong Chanler (who later changed his name to Chaloner), an eccentric but wealthy New Yorker who was an heir to the Astor fortune.