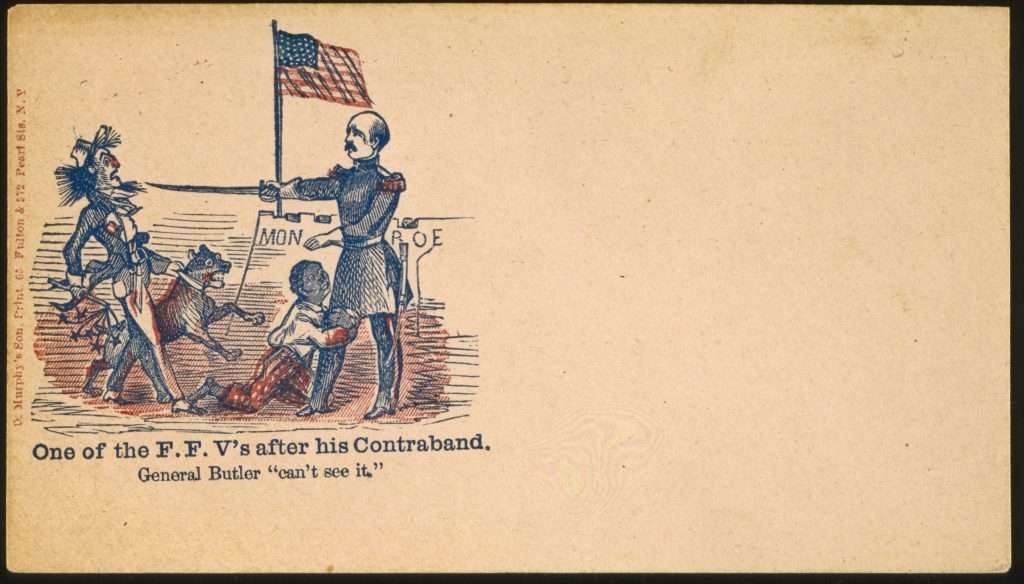 A Civil War–era envelope is emblazoned with the scene of Union general Benjamin F. Butler, commander of Fort Monroe in Virginia, coming to the defense of an enslaved man seeking freedom who is being tracked by his enslaver. Wielding a cat-of-nine-tails and using a ferocious dog, the enslaver is identified as "One of the F.F.V.'s" (first families of Virginia).

When, in 1861, three enslaved people fled to Union lines at Fort Monroe, Butler declared them "contraband of war" and refused to return them to their owners. The result was a surge of African American refugees to Fort Monroe, which became known as "Freedom's Fortress." Eventually, the Union army established a policy of providing wages, food, and clothing to the formerly enslaved in contraband camps throughout the Confederacy.