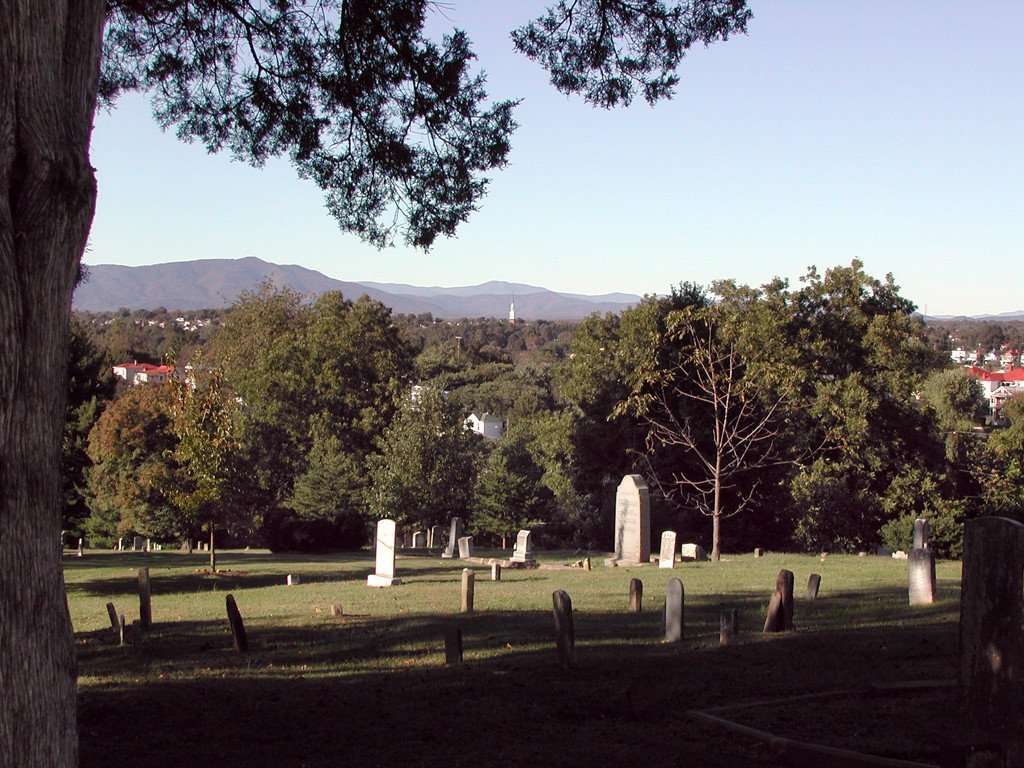 The Blue Ridge Mountains serve as the backdrop for Old City Cemetery in Lynchburg, Virginia. Ota Benga, who committed suicide on March 20, 1916, was buried in this cemetery following funeral services at Diamond Hill Baptist Church on March 22. Strong and persistent oral history, however, suggests Benga's body was removed sometime later to Lynchburg's White Rock Cemetery. No documentation of disinterment or reburial has been found, and no grave marker has survived in either cemetery.