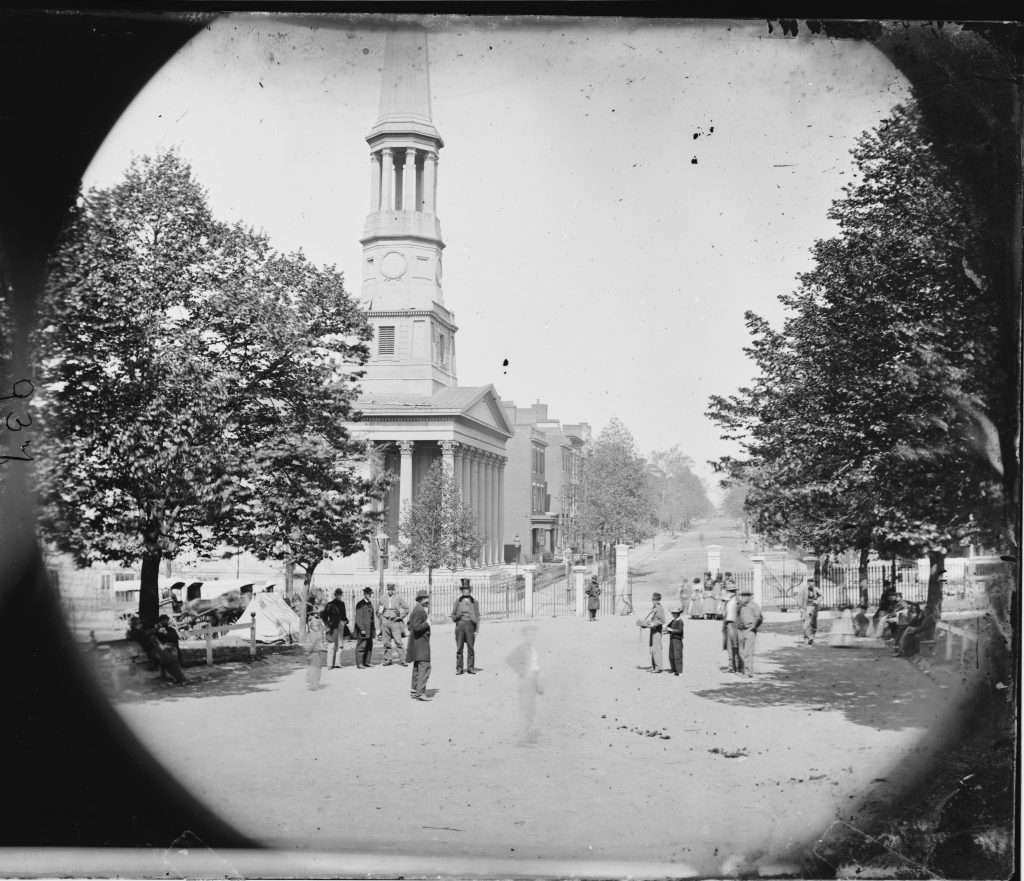 A small crowd—including a pair of young boys, at center, who are apparently hawking goods—gathers near Saint Paul's Episcopal Church in Richmond, not long after that city fell to Union forces in April 1865. Located at the corner of Grace and Ninth streets, across from the Capitol building, the church was the site of Confederate president Jefferson Davis's baptism and where Charles Minnigerode was preaching when news came of the approaching Union army. Diarist Mary Chesnut noted that fourteen Confederate generals had been seen at one Saint Paul's service during the war, but she remained unimpressed. "Less piety and more drilling of commands would suit the times better," she wrote.