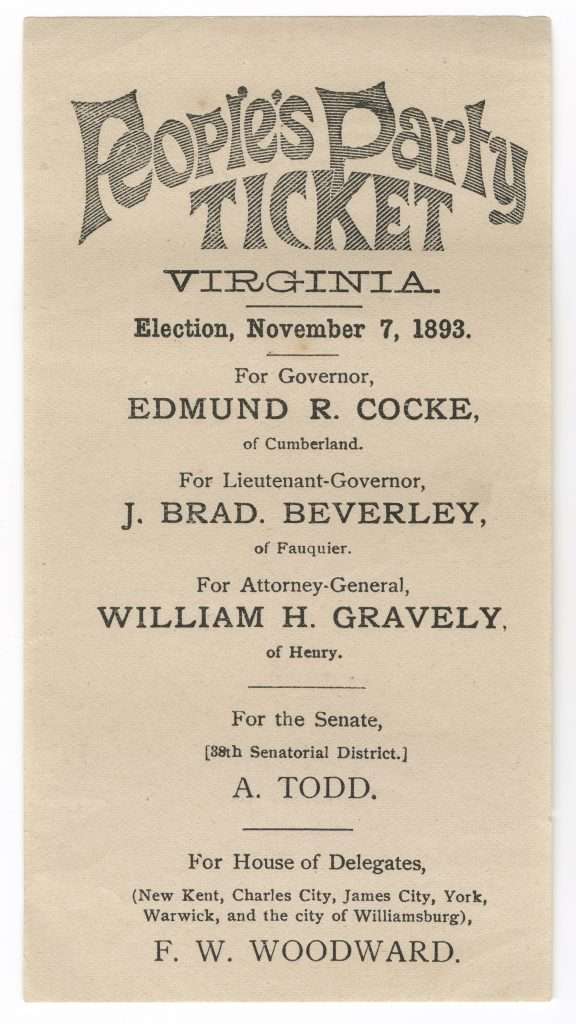 Candidates for the People’s Party of Virginia (1893)

This broadside lists the slate of candidates put forward by the People's Party of Virginia (also known as the Populists) for the state election held on November 7, 1893. Edmund R. Cocke, the gubernatorial candidate, drafted much of the party's platform but was defeated in the general election by his Democratic opponent, Charles Triplett O'Ferrall.