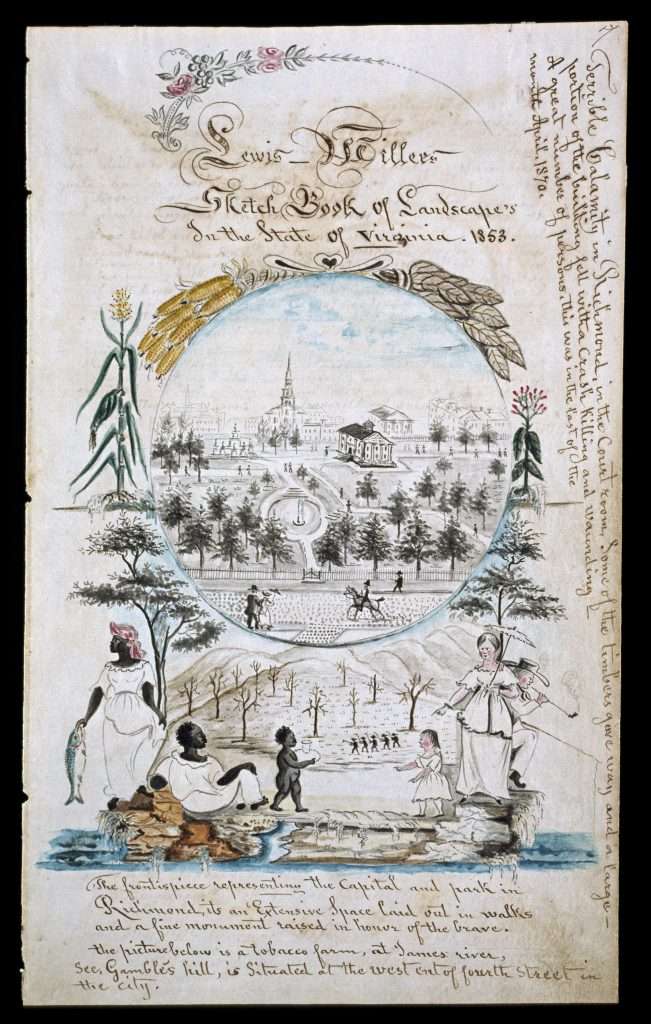 Sketch Book of Landscape’s In the State of Virginia.

The title page for Lewis Miller's Sketchbook of Landscapes in the State of Virginia features a central oval portrait of Richmond's Capitol Square and environs. Corn and tobacco frame the upper half of the view; beneath the cityscape are rural scenes, including a distant view of slaves hoeing the soil. In the foreground, both African Americans and whites enjoy the James River. The two groups are separated, though the children approach one another. Miller created this title page in 1853, but years later he wrote a postscript on the right margin of the page in which he described a tragic fire that occurred inside the Capitol in 1870. That conflagration killed more than fifty people and injured hundreds more.