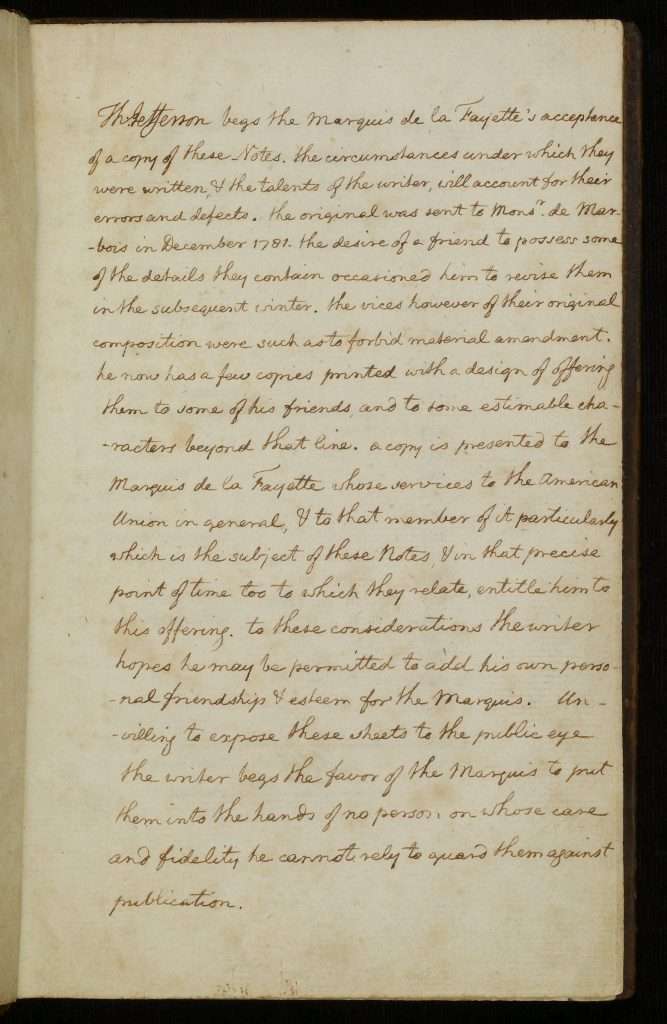 Flyleaf in Notes on the State of Virginia

The flyleaf of a first edition of Thomas Jefferson's Notes on the State of Virginia, published in France in 1785, bears a handwritten inscription by the author to the Marquis de Lafayette, a French nobleman who had served as a general with the American forces during the Revolutionary War. Jefferson wrote that he presented this copy to Lafayette "whose services to the American Union … entitle him to this offering" and that he extended his "personal friendship & esteem for the Marquis."

Notes on the State of Virginia, Jefferson's only published book, included information about Virginia's geography, climate, political organization, laws, religion, and population, as well as a long discussion of his views on race. At the end of the inscription Jefferson warned Lafayette to be cautious with this copy as he was "unwilling to expose these sheets to the public eye"—a reflection of Jefferson's reluctance to have the book published in the United States at that time because he feared that his views on slavery would cause controversy.