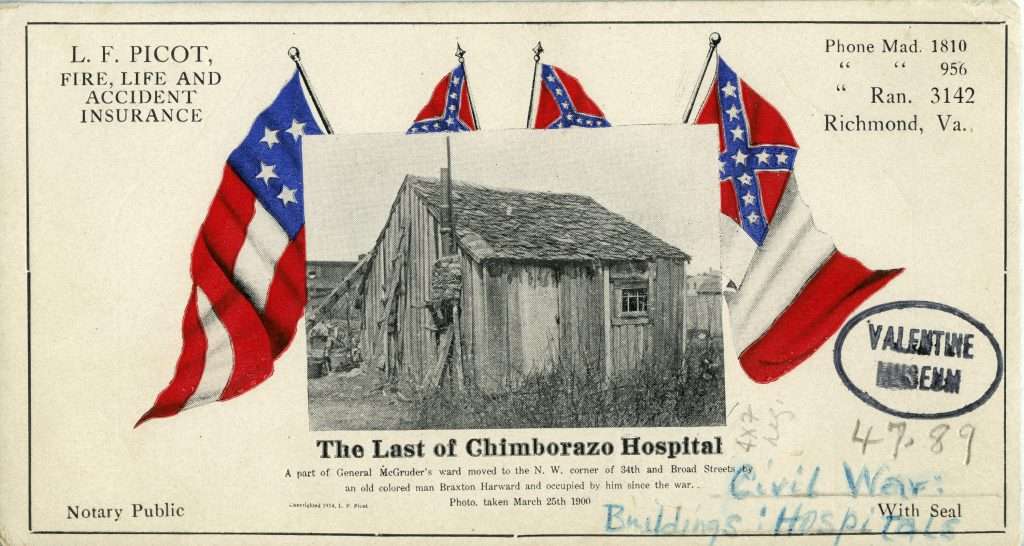 The Last of Chimborazo Hospital

A Richmond company uses the memory of Chimborazo Hospital and the old Confederacy to help drum up business in 1914, nearly half a century after the end of the Civil War. The advertisement for L. F. Picot's fire, life, and accident insurance company features a photo taken in 1900 of one of Chimborazo's ward buildings that was still being used as a residence—and had been since the end of the war—by an African American named Braxton Harward. The ramshackle building, shown here surrounded by Confederate flags, remained a tangible link to the veterans of the war and to the pride that Richmonders took in the hospital.

According to local legend, after Richmond fell to the Union on April 3, 1865, the victorious General Godfrey Weitzel was greeted by Chimborazo's surgeon-in-chief, Dr. James B. McCaw, with a tray of mint juleps. When offered the chance to continue on as head of the hospital under Union control, McCaw politely declined.