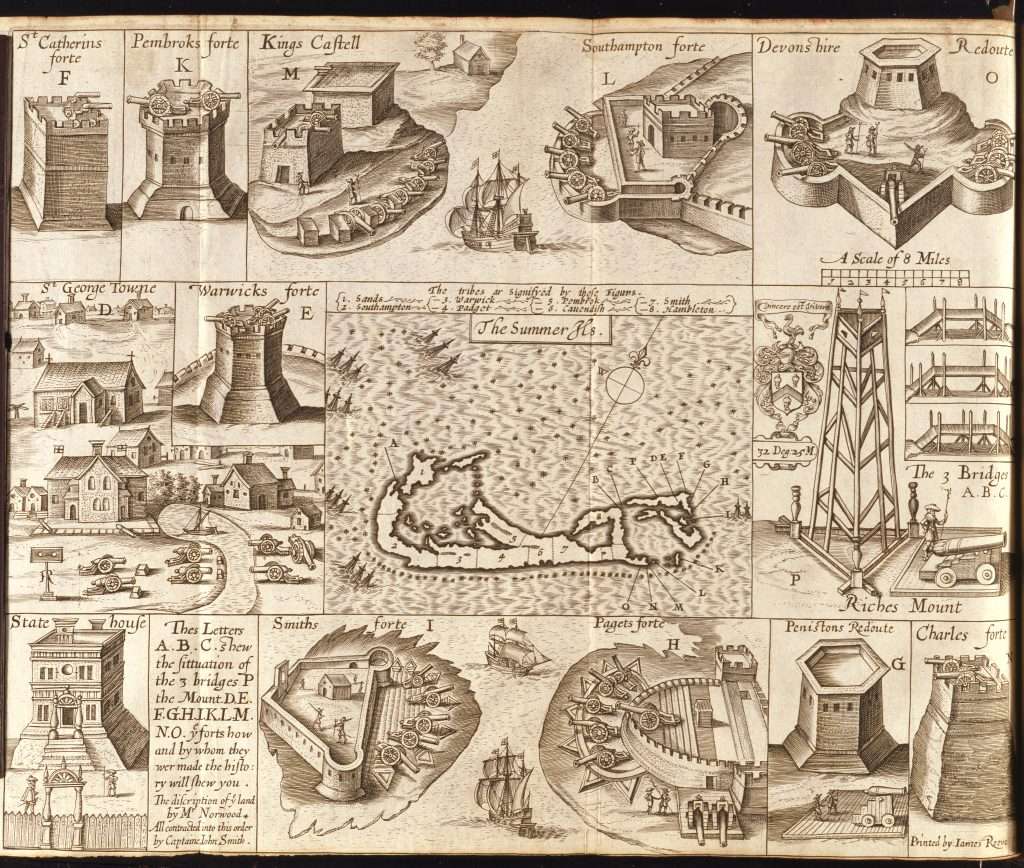 An engraved illustration from John Smith's The Generall Historie of Virginia, New-England, and the Summer Isles, first published in 1624, shows a map of "The Summer Isles" (present-day Bermuda), surrounded by the substantial structures then existing on the English colony. In an attempt to highlight the community development that had already been achieved, Smith included images that highlighted the English-style St. George Towne, the stone fortifications that protected the population, and the bridges that connected the archipelago. In fact, Smith had never visited the Summer Isles, but he based his text on stories and correspondence he received about the colony. The engraving was probably drawn from sketches by Richard Norwood, who had recently completed an official survey of the islands.